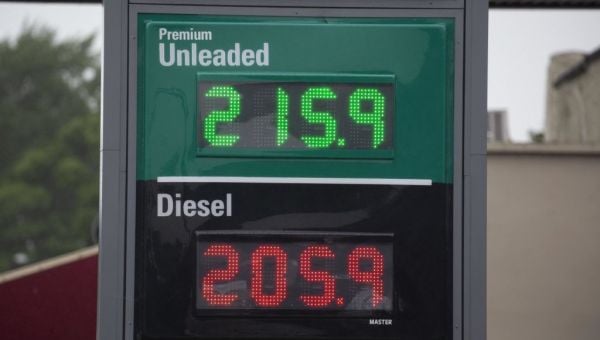 Incidents of fuel theft are on the up in Ireland, with Gardaí urging the public to be extra vigilant.

While last month, over €500 worth of diesel was taken from lorries parked up at a business park in Co Limerick.

“We need to park in lit up areas, we need to secure our own compounds and we very much need secure parking as part of our transport infrastructure for vehicles of this size.”

Meanwhile, the cost of petrol and diesel is steadying slightly, however, it is impossible to predict what is to come, AA Ireland has warned.

Their latest Fuel Price Index showed the average pump price for petrol in July was 200.3c per litre, while diesel was 201.8c.

AA Ireland’s Paddy Comyn said it is impossible to know how events around the world will impact the price of fuel here.

“Things did look like they were getting very bad about four to five weeks ago, but thankfully the predictions of it reaching as much as €2.50 per litre haven’t materialised for now,” he told Newstalk.

“If anything, we can look forward to a few weeks of stability,” he added.

According to the AA’s figures, in the same month last year, petrol cost 139.5c per litre while diesel was 129.9c, with 2c since added to the price following the budget last October.