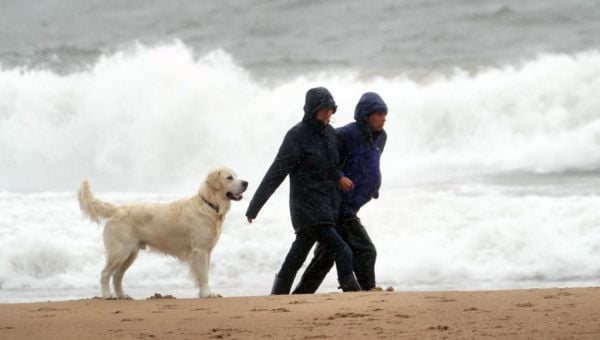 Met Éireann has issued a status yellow rain warning for counties along the West coast.

The rain warning will take effect from 12pm on Monday until 12pm on Tuesday and affect counties Galway, Clare and Kerry.

People in the West can expect heavy rain as many areas will have a wet afternoon and evening with rain turning heavy in places and possibly lead to spot flooding, especially in Atlantic coastal counties.

There will be poor visibility at times leading to hazardous driving conditions.

Southerly winds will increase moderate to fresh while highest temperatures will range between 17 to 21 degrees.

There will be a wet start to tonight with rain remaining heavy at times.

The rain will become more showery in nature as the night progresses.

Breezy but mild too with fresh southwest winds and lowest temperatures holding above 14 to 17 degrees.

Tuesday morning will be cloudy with scattered showers.

Some sunny spells will develop through the afternoon as the showers become lighter, more isolated and generally confined to the west of the country.

While it may hold a little cooler on exposed western fringes, highest temperatures will generally range from 18 to 23 degrees, warmest on the east coast, in moderate to fresh southwest winds.

It will be cloudy on Tuesday night with patchy rain in the west and clear spells elsewhere. Lowest temperatures of 13 or 14 degrees, in light to moderate southwest winds.

A mix of sunny spells and light scattered showers for Wednesday, the showers mainly in the afternoon. Highest temperatures of 16 to 20 degrees with moderate southwest winds veering northwesterly.

Thursday will be dry for most of the day with just isolated showers in the west and northwest. There’ll be some sunshine in the afternoon. Fresher than of late with highest temperatures of 16 to 18 degrees in light to moderate northwesterly winds. Temperatures overnight down to 8 or 9 degrees.

Friday will be a similar day, mainly dry with some sunshine in the morning and a few showers in the afternoon, mainly in the west and northwest. Temperatures of 16 to 18 degrees with light to moderate west to northwest winds.

Current indications suggest that high pressure will continue to slowly build in to the weekend leading to mostly dry and settled conditions.