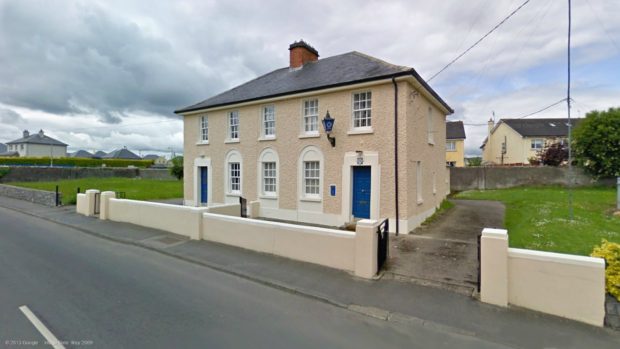 THE long-running saga about the reopening of Leighlinbridge Garda Station took another twist with an official recommendation for it to be reopened and turned into a policing hub.

For years, the reopening of Leighlinbridge Garda Station had been in limbo, with gardaí citing resource issues and other priorities.

However, at a recent meeting of Carlow Joint Policing Committee, Chief Superintendent for Carlow/Kilkenny and Waterford Padraig Dunne made a far more positive announcement. He will be recommending that not only should it be refurbished and reopened but also used as extra accommodation for Carlow gardaí.

This follows a meeting former JPC chair Michael Doran had with Superintendent Aidan Brennan and Chief Supt Dunne in Leighlinbridge.

Chief Supt Dunne said: “Looking at the building, I am recommending that Leighblinbridge be refurbished and we can use it to provide extra accommodation for Carlow. We can also have it reopened, as is the intent. That will be us taking over the existing garda building and married quarters.”

Chief Supt Dunne said the building was quite large with plenty of parking.

Noting that the Commission on the Future of Policing report incorporated hubs, Supt Brennan said:” “We could certainly put a hub into Leighlinbridge, but also reopen the station as a one-person station.”