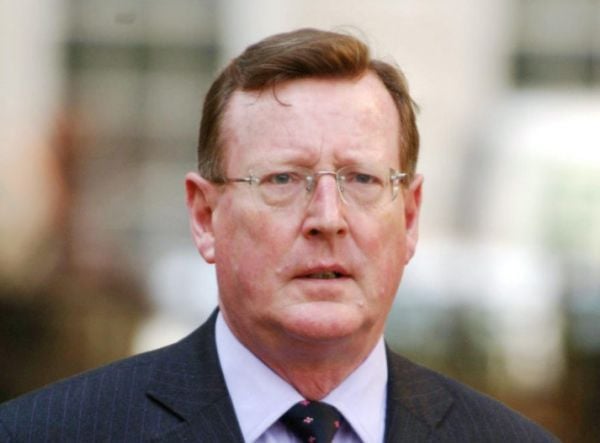 Political leaders and other dignitaries will join family and friends of peace process architect David Trimble at his funeral service later.

The former leader of the Ulster Unionist Party played a key role in forging the 1998 Good Friday/Belfast Agreement that ended decades of conflict in Northern Ireland.

Months after the deal was signed, Mr Trimble, from Co Down, was jointly awarded the Nobel Prize with late SDLP leader John Hume in recognition of their efforts to stop the bloodshed and establish a powersharing system of devolved governance in the region.

Political leaders in Northern Ireland are also expected to be present for the service.

On Tuesday, the Stormont Assembly will reconvene for a special sitting to pay tribute to David Trimble.

The institutions are currently on ice, with the DUP blocking the creation of a powersharing administration in protest at Brexit’s Northern Ireland Protocol.

Last week books of condolence for the veteran politician were opened in several cities and towns across Northern Ireland.

Paying tribute, the prime minister described Mr Trimble as a “giant of British and international politics” while Mr Martin credited his “central contribution” in efforts to achieve reconciliation on the island of Ireland.

Former prime minister and taoiseach Sir Tony Blair and Bertie Ahern, both of whom were involved in the intensive Good Friday negotiations, also hailed his peacebuilding legacy.

Mr Blair said his contribution was “immense, unforgettable and frankly irreplaceable” while Mr Ahern described him as a “courageous” leader.

Ex-Sinn Féin president Gerry Adams, a once bitter political adversary of the unionist, thanked him for helping to get the Good Friday Agreement over the line.

Mr Trimble is survived by his wife Lady Daphne Trimble and the couple’s four children.