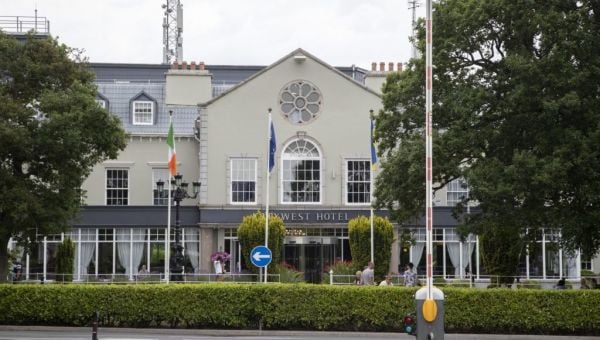 The government has issued contracts worth €99.3 million for private accommodation and services for Ukrainian refugees.

According to tender documents published by the Department of Integration, Citywest Hotel were awarded contracts worth under €10 million for providing their hub.

While Youghal’s Quality Hotel which has a care centre, secured a contract worth €12.5 million.

According to the Irish Examiner, 90 tender documents have been signed to date, however the state are still seeking additional solutions such as housing families on islands.

As reported last week, the Aviva Stadium had been used to temporarily house around 100 refugees before they were moved to other accommodation. It comes as the Government has also been reaching out to the GAA and religious organisations in a bid to secure temporary housing for Ukrainians.

Councils are also looking for properties on islands off the Irish coast to accommodate Ukrainians living in student accommodation.

Thousands of refugees face having to leave accommodation before the next academic year, with many being told they need to vacate their flats over the next two weeks.

Citywest has been acting as a hub for arrivals before they move elsewhere, and the Department of Integration awarded contracts worth €2.45 million and €8.34 million since the invasion began.

Six locations in Cork have been providing accommodation and/or other services according to the tender documents.

Over three-quarters of the 43,000 refugees arriving into Ireland since the end of February have sought accommodation from the State. It is understood that the Government has modelled for up to 50,000 people to have arrived by the end of August.

When students return to university in the coming weeks, it will put further strain on the system as many had student accommodation spaces had been used for Ukrainian people during the summer.

The Department of Integration said that of the 4,900 student accommodation beds it contracted around the country, including Cork, some 3,200 are currently in use.

Several thousand people are also living in pledged accommodation – either vacant or shared.