What the regional papers say: Farmers concerned over climate emission targets, 3,000 homes to be built in Kildare On this week’s front pages, farmers express concern about the Government’s decision to cut carbon emissions from the agricultural sector by 25 per cent, Kildare County Council plans to build 3,000 social and affordable homes over the next four years, and a family lost their home in a house fire in Kilkenny.

The Roscommon Herald reports that farmers in Roscommon have expressed disappointment at the Government’s decision to settle on a 25 per cent cut in carbon emissions from the agricultural sector by 2030. It also reports that nine vacancies remain at the E-mental Health Hub in Castlerea, including a number of senior roles. 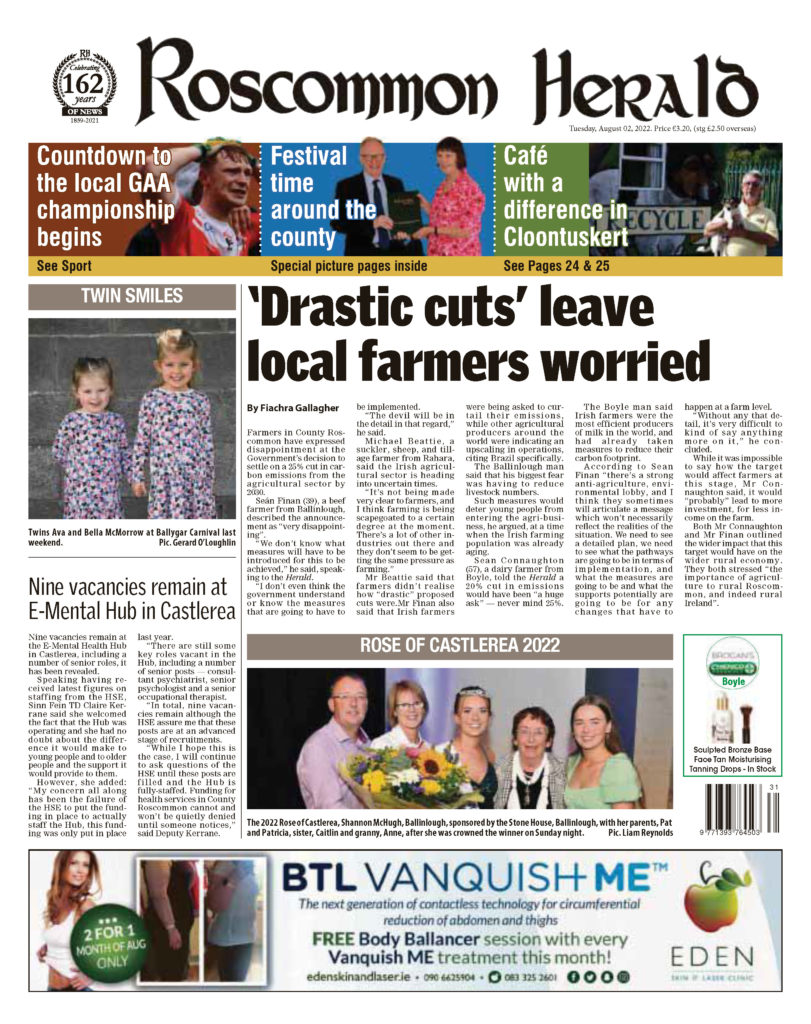 The Western People also reports on farmers’ fears over carbon emission targets. Fine Gael TD Michael Ring said the Government should incentivise farmers to meet the emission targets. It also urges dog owners in North Mayo to be vigilant over their dogs after reports of people scouting the area looking to steal dogs. 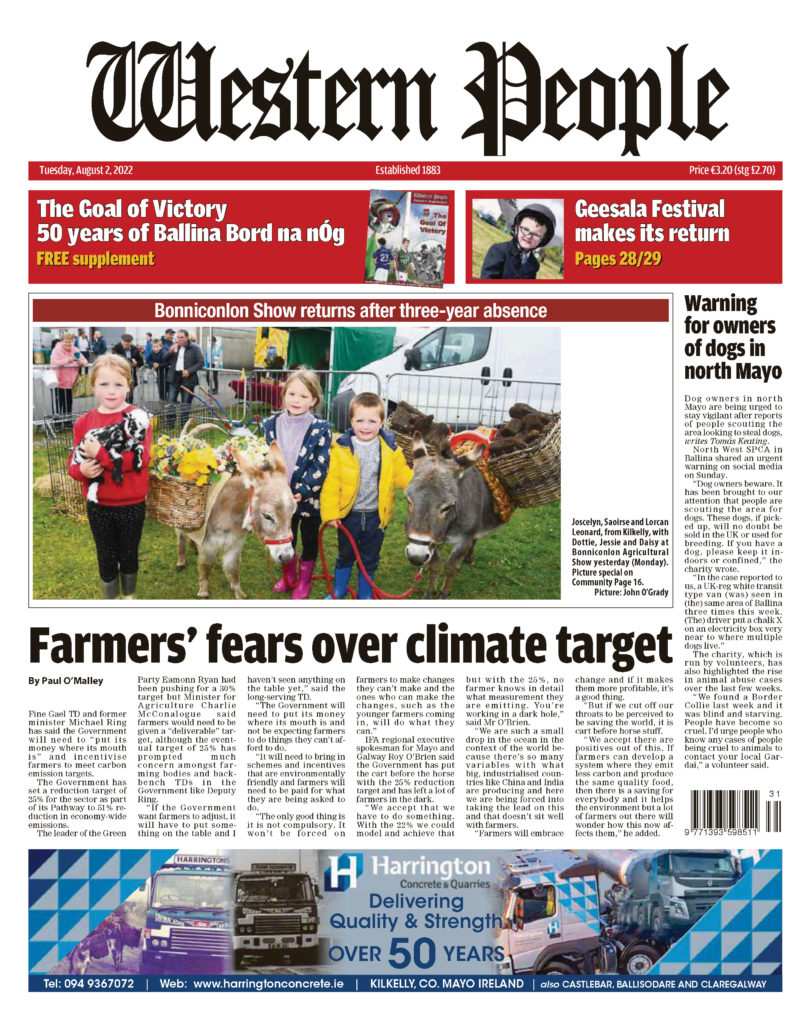 The Waterford News and Star reports that a family have been left on the brink of devastation after their family home was engulfed in a fire after it started in the garage. The family’s house insurance had lapsed, however they said they are relieved no one was injured in the blaze. 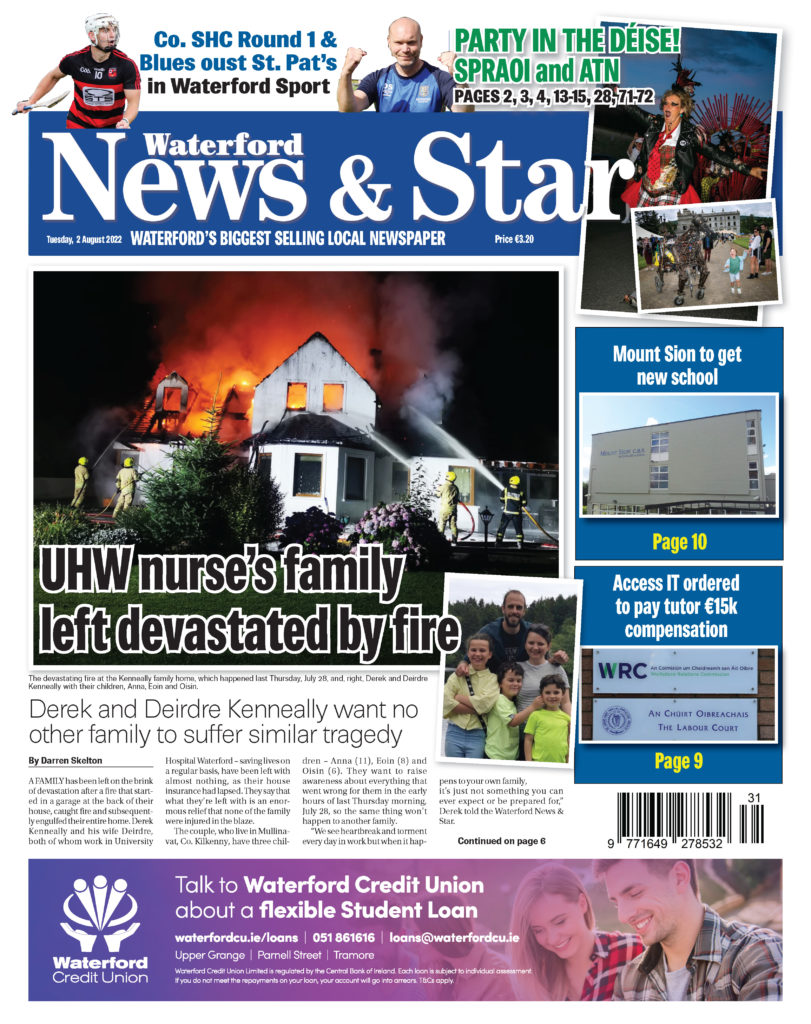 The Kildare Nationalist reports that Kildare County Council have  launched a plan to deliver 3,000 social and affordable homes over the next four years. The plans will increase the county’s housing stock by 60 per cent and require 24 additional staff. It also pays tribute to Bernard Benny O’Gorman who died in a tragic accident on a steam engine last week. 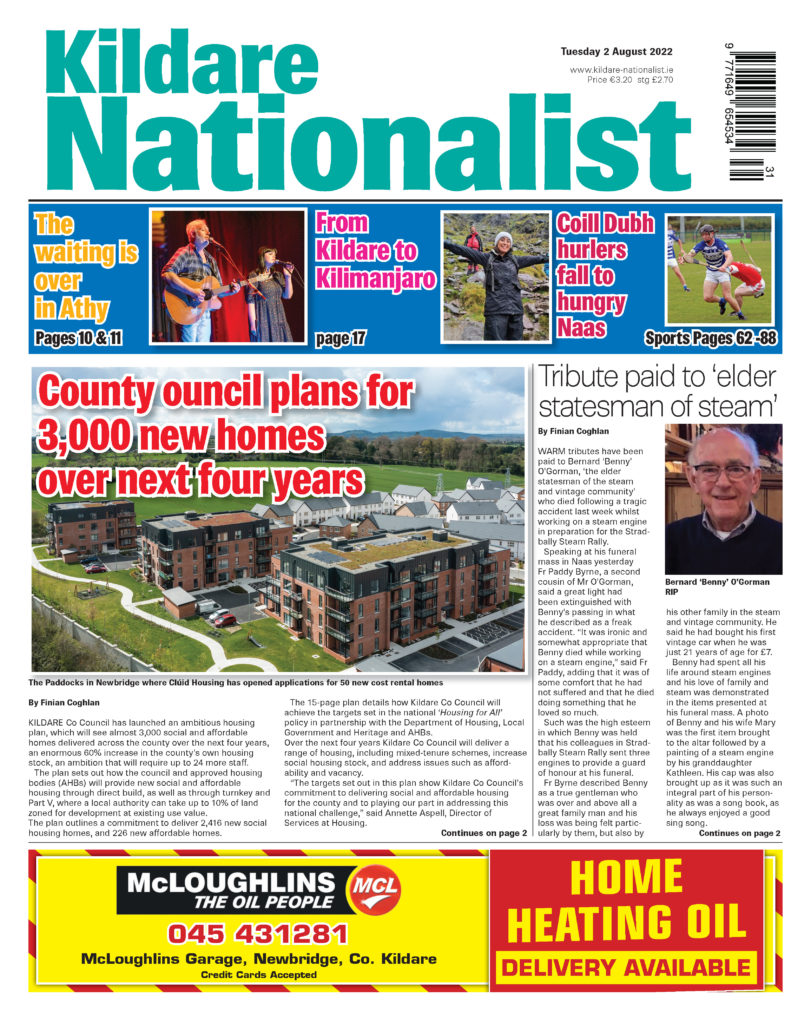 On the front page of the Laois Nationalist, the Laois team celebrate winning the ladies All-Ireland Football Intermediate Championship Final against Wexford. 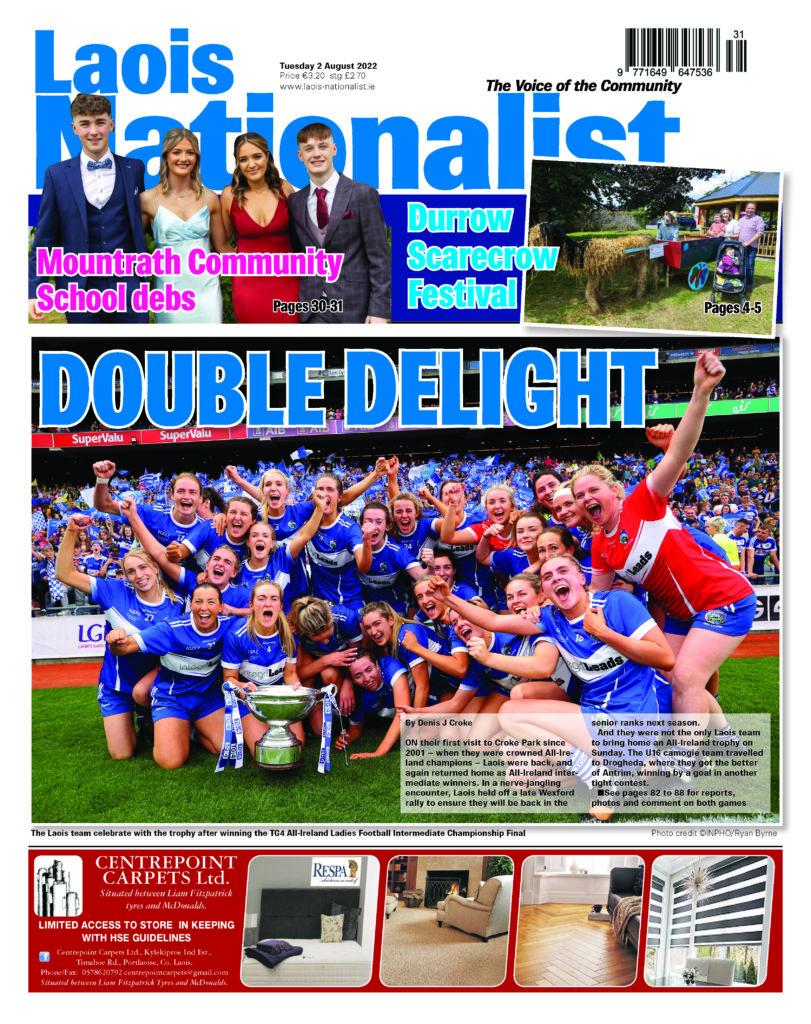