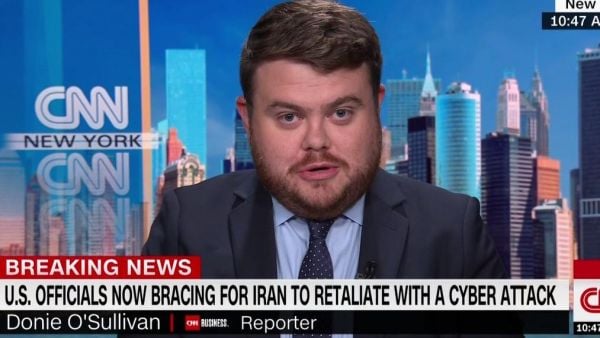 Irish journalist Donie O’Sullivan has revealed US police told him his car was stolen as part of an online challenge.

He was travelling through St Louis when his car was stolen, and police told him he “got hit by the Kia Boyz”.

The CNN correspondent wrote: “So my rental car was stolen last night in St.Louis …

“Cop asks what kind of car it was… I say a Kia. He nods his head and says something like, ‘oh yeah, you got hit by the Kia Boyz…”

“Cops are saying it’s an online challenge… but…”

In another Twitter post, he added: “The important lesson here: don’t drive. Kia. (I did not choose the car fwiw).”

The important lesson here: don’t drive. Kia. 😂 (I did not choose the car fwiw)