Healy-Rae: Horse racing will be next if hare coursing banned 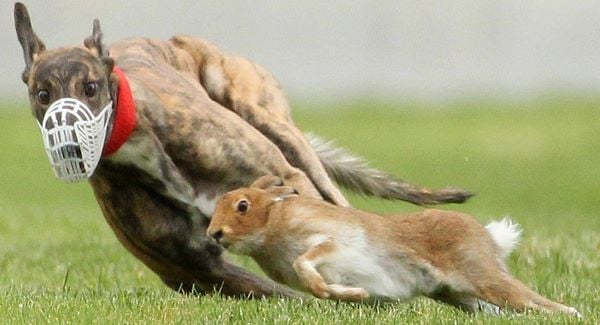 Independent Kerry TD Michael Healy-Rae has warned that if hare coursing is banned then horse racing and the meat industry would be next on “this slippery slope”.

Mr Healy-Rae was commenting following criticism by the Irish Council Against Blood Sports of the decision by the Government to grant licences allowing coursing clubs to capture live hares for the winter season.

The Irish Council Against Blood Sports released a statement saying it was “shameful” that the practice of hare coursing would be permitted to continue into next year.

On Newstalk Breakfast Mr Healy-Rae said that very high standards were maintained at coursing meetings with vets on site to inspect conditions for the animals. If hare coursing were stopped then there would be a decline in numbers of the animals, he claimed.

Because of the care they receive at coursing meetings, after which they are returned to the wild, more hares are surviving, he said.

Hares were treated properly “all the time” at coursing meetings.

However, Aideen Yourell, spokesperson for the council, said that no amount of high standards at coursing meetings was going to alleviate the terror experienced by hares when being chased by greyhounds. It was “ridiculous” to claim that high standards offered any protection for the hares.

At a coursing meet in Loughrea six hares had been mauled by greyhounds three of which had died, she said.

It was heart-rending to watch a hare being mauled, it made one wonder what year it was, she added.

Mr Healy-Rae said that if hare coursing was banned then this would be “going down a slippery slope” and the next thing there would be calls to ban horse racing and then a ban on raising animals to eat.

It was the exception when hares were mauled, he said. It was an accident just like when a motorist knocked down a deer on the road.