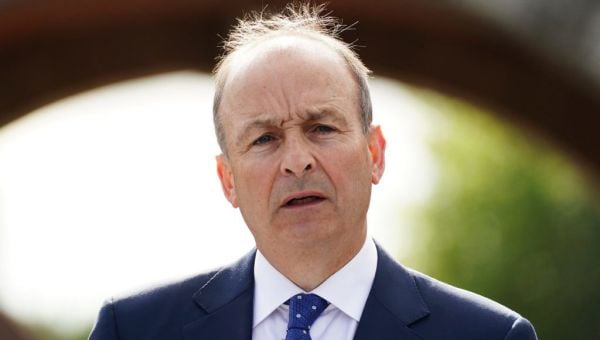 Taoiseach Micheál Martin has said he doesn’t anticipate fuel-rationing in the coming months.

It could see certain essential workers getting access to petrol and diesel.

However, speaking in Cork, Micheál Martin says he can’t see it happening:

“We don’t anticipate that at all at this stage, but in the budget, that will be towards the end of September, we will be looking at measures.

“First of all, to deal with the more medium to longer term issues around costs for people, but also in terms of the cost of living package that will be parallel with the budget, that we can do something immediately for people to alleviate pressures in this calender year and before the end of the year.”

On Tuesday, the chief executive of Fuels for Ireland, Kevin McPartland described Government plans for fuel rationing as a fire drill “so we will know what to do in the worst case scenario.”

Mr McPartland told Newstalk’s Pat Kenny show that the Government had plans in place for many years for potential fuel rationing in case there was ever a threat to fuel supplies.

The Government has an energy security group of which there are sub committees and he was part of the oil sub group, he explained. Meetings of the group were held on an infrequent basis, but had been held more frequently recently with the possibility of fuel shortages because of the war in Ukraine.

“We have to be prudent and plan,” he said.

Plans are in place for fuel rationing with access on a priority basis such as ambulances, fire services, gardaí. There are “tiers” of priority, he said which could change depending on the duration of the threat to supplies.

However, the measures were designed to reduce consumption of oil. It was still an “unlikely scenario”, he said.

This plan had been “worked up” over many years, with a clear list of essential workers which covered more than “just doctors and nurses”. Under the plan there would be dedicated service stations for the exclusive use of those who had been prioritised.

“Normal” motorists would be limited to 15 to 20 litres which would mean that people would have to change their driving habits. There could also be an order for people to work from home where possible, he added.