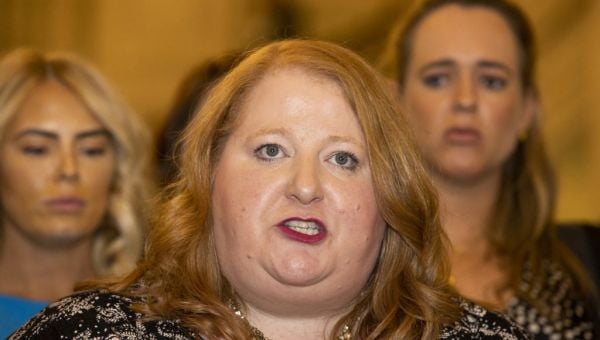 The leader of the centre-ground Alliance Party has said Michelle O’Neill’s comments that there was no alternative to IRA violence during the Northern Ireland’s troubled past were wrong.

Ms O’Neill, who is poised to become first minister if powersharing government at Stormont is restored, has been strongly criticised by unionists and some victims groups for her comments on the past.

Alliance leader Naomi Long said there were democratic and peaceful alternatives to violence.

There was an alternative to IRA violence. John Hume led that alternative & the Nationalist people backed it. The IRA murdered 1000s of its own people, destroyed businesses, ruined young people’s lives by selling them a twisted ideology & put the cause of Irish unity back decades.

“John Hume led that alternative & the Nationalist people backed it.

“The IRA murdered thousands of its own people, destroyed businesses, ruined young people’s lives by selling them a twisted ideology & put the cause of Irish unity back decades.”

In an interview with the BBC, Ms O’Neill said of the past: “I don’t think any Irish person ever woke up one morning and thought that conflict was a good idea, but the war came to Ireland.

“I think at the time there was no alternative, but now, thankfully, we have an alternative to conflict and that’s the Good Friday Agreement, and that’s why it’s so precious to us all.”

She added: “I wish the conditions were never here that actually led to conflict, I wish that so many people didn’t have the horrible experience that they’ve had throughout the conflict days.

“The only way we’re ever going to build a better future is actually to understand that it’s OK to have a different take on the past.

“My narrative is a very different one to someone who’s perhaps lost a loved one at the hands of republicans.

“But we need to be mature enough to be able to say ‘that’s OK, we’ll have to agree to differ on that one’, but let’s make sure that the conditions never exist again that we find ourselves in that scenario.”

Ms Long responded: “Michelle O’Neill is wrong to say there was no alternative to the PIRA campaign of violence.

“Thousands of people, including a majority of nationalists, who did not pursue violence to achieve their political aims, are testament to that.

“Indeed, one could argue the use of violence delayed the reaching of political accommodation until 1998, and its devastating impacts are still felt personally and politically to this day.

“Throughout the 1970s, 80s and 90s there were democratic and peaceful alternatives, as proven by Alliance and others at the time.

“Neither should they ignore the devastating legacy of violent conflict in our community or the impact their words of justification for past violence may have on people still engaged in such violence today.”

Earlier this week, DUP leader Sir Jeffrey Donaldson said there was never a justification for violence, while UUP leader Doug Beattie accused Ms O’Neill of “an attempt to justify the indefensible”.

Kenny Donaldson, spokesman for victims’ organisation Innocent Victims United said: “Whatever grievance, perceived or real, people experienced within this society, it never legitimised the murder of one neighbour by another.”

Colin Worton, whose brother Kenneth was one of 10 Protestant workmen shot dead by the IRA in 1976 close to Kingsmill, Co Armagh said he found Ms O’Neill’s comment to be “very sickening”.

With Sinn Féin emerging as the largest party at the last Assembly election, Ms O’Neill is poised to become first minister if the institutions return.

The Assembly is currently unable to function due to protest action by the DUP demanding the UK government acts over unionist concerns around the Northern Ireland Protocol.

Mr Worton said: “I find it very hard to believe at this stage that this woman and this party are going to be running this country in the future.”