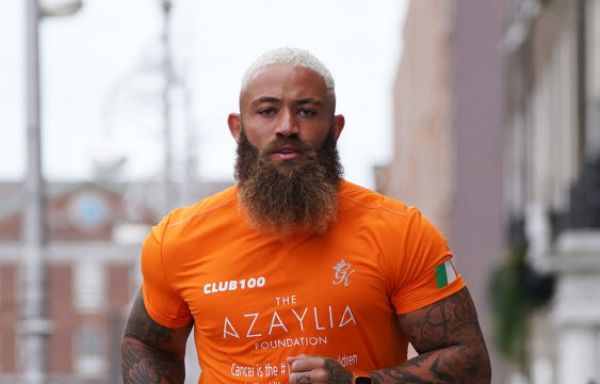 Ex-footballer Ashley Cain completed the first of five planned charity marathon runs in aid of a foundation in honour of his late daughter on Wednesday.

The runs, which are taking place in five major cities in Ireland and the UK over the next few days, are to mark the second birthday of his daughter Azaylia, who died of leukaemia last year at just eight months old.

Cain’s route through Dublin on Wednesday began at Fitzwilliam Square, passed Stephen’s Green and through Phoenix Park, Crumlin, Terenure and Ballsbridge before he finished back in the city centre at around 4pm.

Today, Cain is set to run in Belfast before moving on to Glasgow on Friday, Cardiff on Saturday and finishing in London on Sunday.

Cain, who played for Coventry City and later featured in reality TV show Ex On The Beach, founded the Azaylia Foundation to help fight childhood cancer through advancing early diagnosis and new treatment availability in the UK.

After completing a 100-mile ultra marathon in April, Cain is to undertake further athletic challenges this month.

He will be joined by friends, family and public figures along the routes.