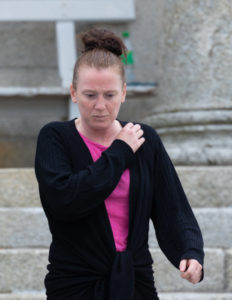 A CARLOW woman charged with murder is to seek bail in the High Court, a court was told.

Nicola Brennan (31) of no fixed address appeared before a sitting of Carlow District Court last week.

Ms Brennan is charged with the murder of Juris Viktorovs at a house in Ballyconnell, Shillelagh, Co Wicklow on 10 February.

The case was in for mention when Ms Brennan appeared before Judge Cephas Power. Ms Brennan was being held in custody on the charge. Defending solicitor Joe Farrell said there was currently no application for bail in the district court, but an application would be made in the High Court.

The defence consented to a further adjournment of four weeks. The case will next be listed on 23 August at a special sitting of Carlow District Court.