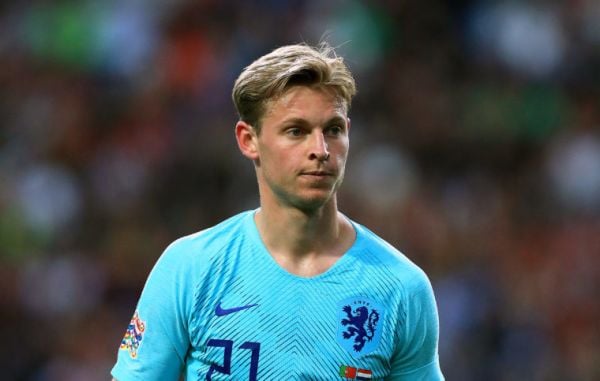 Metro reports Frenkie de Jong, who has been heavily linked with a move to Old Trafford, would prefer to relocate to West London and join Chelsea rather than sign for Manchester United. Barcelona recently agreed a fee with United for the Dutch midfielder, 25, but the Red Devils have so far been unable to convince him to move to the north-west.

The Blues are understood to be willing to offer Leicester defender Wesley Fofana a hefty pay rise. The Mail reports Chelsea want to pay the 21-year-old £200,000 per week to play for them, but the Foxes are not keen to let him go after he signed a new five-year deal in March.

Could a return to Europe be on the cards for Cristiano Ronaldo? The 37-year-old forward could leave Old Trafford for Atletico Madrid or Napoli, according to the Sun which cites AS. United boss Erik ten Hag described Ronaldo’s departure before the end of Sunday’s friendly against Rayo Vallecano as “unacceptable”.

Bournemouth are said to be close to signing goalkeeper Neto from Barcelona as they look to improve their squad before returning to Premier League action this weekend. The Telegraph says the 33-year-old Brazilian will add much-needed experience and depth at the back, where he will challenge Mark Travers and back-up Will Dennis.

Leeds ‘planning to pounce’ on three stars including Liverpool and Arsenal target | @AlexCTurkhttps://t.co/syKWFVf4Ny

Charlie Savage: The Daily Mail writes that a number of Championship and League One clubs are interested in taking Manchester United’s 19-year-old Welsh midfielder on loan.