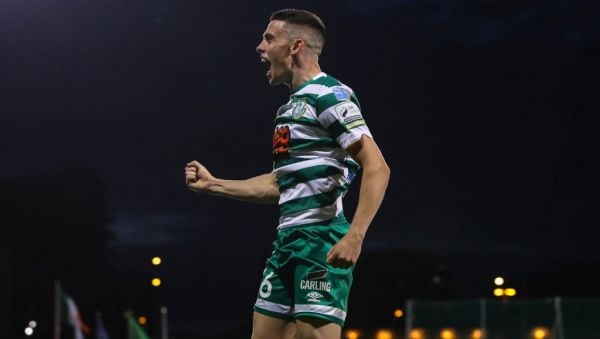 Graham Burke scored an early penalty for the hosts at Tallaght Stadium with Dylan Watts and Gary O’Neill also finding the back of the net.

O’Neill’s dramatic 96th-minute goal gives Rovers a two-goal lead ahead of the second leg in Skopje on Tuesday.

The victory against the North Macedonian champions puts Rovers in a good position as progression in the tie will mean a Europa League play-off and a guaranteed spot in the Europa Conference League group stages.

There had been controversy before the game as Shkupi lashed out at their charter flight being diverted from Dublin to Shannon Airport.

However, their vow to avenge the “evil” decision did not go to plan.

The Dublin side won 1-0 in Bulgaria after a positive performance.

Serge Atakayi with the goal in the 87th minute.

Sligo Rovers then lost 5-1 away to Norway’s Viking.

David Cawley scored for Rovers from the penalty spot late on.

It was a bad night all round though for John Russell’s side with Garry Buckley having to be stretchered off in the first-half with a serious looking knee issue.