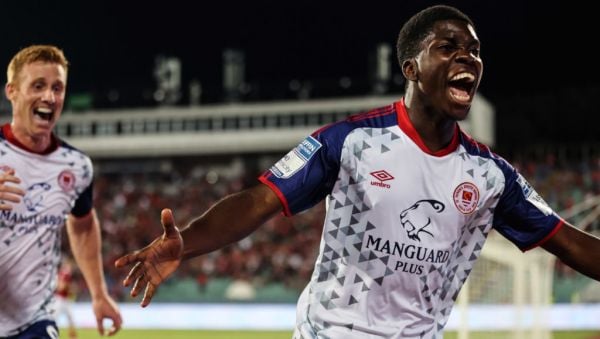 The Dublin side won 1-0 in Bulgaria after an impressive performance.

Serge Atakayi scored the late winner in the 87th minute.

Tim Clancy had admitted his side were underdogs before the game, but the famous win gives them every chance of progressing to the play-off rounds of the tournament.

David Cawley scored for Rovers from the penalty spot late on.

It was a bad night all round though for John Russell’s side with Garry Buckley having to be stretchered off in the first-half with a serious looking knee issue.