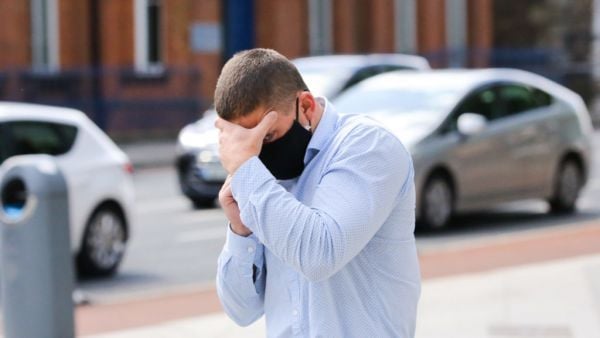 A swimming coach has been granted bail pending trial after gardaí charged him with the sexual exploitation of children at a pool in Dublin.

Matthew Coward (31) of Shantalla Drive, Santry, Dublin, was arrested as part of an investigation by a Garda divisional protective services unit.

He was charged with 12 offences and brought to appear before Judge Joanne Carroll at Dublin District Court on Thursday.

The coach faces three counts of sexual exploitation of three girls and seven charges for the production of child pornography on dates between September 2021 and February this year.

He has two charges for possessing child pornography at another location.

Garda Sergeant Shane Behan told Judge Joanne Carroll that he arrested the accused at his home at 6.55 am on Thursday. Mr Coward was conveyed to Finglas Garda station and charged.

Garda Sergeant Behan said: “The accused made no reply after caution to each charge; he was handed true copies of each charge sheet”.

The court heard the Director of Public Prosecutions had directed “trial on indictment,” meaning the case will go before the Circuit Court, which has broader sentencing powers.

Mr Coward has not yet indicated how he will plead to the charges which are contrary to the Child Trafficking and Pornography Act.

Sergeant Behan told the court there was no objection to bail subject to conditions.

Defence solicitor Damien Coffey told the court that the terms had already been canvassed and agreed.

Judge Carroll ordered him to reside at his current address and to sign on twice-weekly at Santry Garda station. Noting he had already handed over his passport to gardaí and did not have a European travel card, she ordered him not to apply for new travel documents.

Judge Carroll warned him to remain contactable on the phone number he gave to the investigating officer.

She stressed that he must keep the phone charged and switched on at all times.

Following an application by Sergeant Behan, Judge Carroll directed him to “stay away from the scene listed on the charge sheets”. In addition, she told him, “have no contact, directly or indirectly, any witness in this case”, and she explained that included using social media or “any electronic communication whatsoever”.

The final condition was to “refrain from engaging in any coaching roles”.

Mr Coward spoke briefly to his solicitor and quietly replied to the judge to indicate he understood the conditions.

Judge Carroll released him on a €200 bond to appear at Blanchardstown District Court on September 13 to be served with a book of evidence.

She also granted the accused legal aid after his solicitor furnished the court with a completed statement of his means which he had also shown to Garda Sergeant Behan.