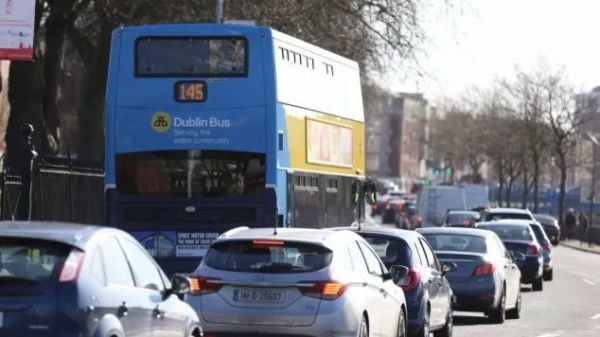 A former Lord Mayor of Dublin is calling on the Minister for Transport Eamon Ryan and Dublin City Council to reverse his decision on a €62 million cycle scheme which will “put lives at risk”.

The Clontarf to city centre project (C2CC) is now entering the next phase of construction, which will provide segregated cycling facilities and bus priority infrastructure along a 2.7 km route from Clontarf to Amiens Street.

Once completed, the project aims to deliver a route optimised for faster bus journeys, safer and easier cycle options, and comfortable walking and running facilities.

From Monday, temporary road closures and diversions will be required to facilitate significant works at Annesley Bridge Road and North Strand Road.The current phase of works will require changes in the road layout which will remain in place until early 2024.

Traffic arrangements during the works will see city-bound private vehicles diverted at Fairview Strand, down Ballybough Road and along Portland Road, before rejoining North Strand Road at the Five Lamps.

Under the plan, Annesley Bridge Road and North Strand Road will be open to inbound buses, bicycles and taxis as normal. Both roads will continue to allow all outbound traffic throughout the works programme.

However, thousands of residents living in Ballybough, Summerhill and Portland Row claim there has been “no consultation with them” on road closures, the diversion of heavy commuter traffic into their area and removal of parking spaces from outside Larkin Centre and from Staffords Funeral Home.

Independent north inner city councillor Christy Burke, who lives in the area said that while he agrees with climate change issues and the reduction in car use, “lives are being put at risk as extremely heavy commuter traffic is now being diverted to already traffic congested areas.

“To make way with the changes parking spots have been taken away from outside the Larkin Centre which looks after young children and from the funeral home meaning people will have no choice but to double park and cross busy roads.”

Cllr Burke added: “There has been absolutely no consultation whatsoever about these closures from Monday despite what the Council claims and thousands of residents and businesses are going to suffer.

“My phone has been ringing non-stop with irate and worried residents and business owners. So many services are going to be denied in already hard-pressed working class areas.

“This detour will add to the chaos that’s already so congested people can’t let their children out of their sight for fear they will be knocked down.”

A spokesperson for the Council, is currently rolling out an extensive public information campaign to ensure residents and route users are fully aware of the forthcoming changes.

This includes the distribution of information leaflets to 60,000 homes and businesses in the area, press notices, billboard and bus stop advertising, road signage, and more.

Retail Excellence said it would monitor the impact of the project on city-centre businesses.