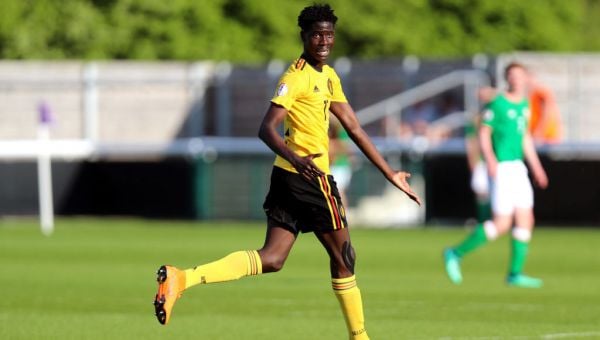 The PA news agency understands the 20-year-old Belgium international is set for a medical ahead of signing a five-year contract.

He is likely to be in the stands at Goodison Park to watch Saturday’s home game against Chelsea.

Onana will provide a much-needed option in midfield, an area manager Frank Lampard is looking to strengthen further with a deal to bring former Toffees player Idrissa Gana Gueye back from Paris St Germain.

West Ham were also interested in Onana but Everton have beaten their Premier League rivals to his signature.

A more pressing issue for Lampard, however, is how to solve his striker crisis ahead of their Premier League opener, with Dele Alli a potential short-term solution.

Dominic Calvert-Lewin is out for six weeks with a knee injury and fellow forward Salomon Rondon is suspended for the visit of Lampard’s former club, while Richarlison has been sold to Tottenham.

Alli has started only once since his January switch from Spurs, but Lampard said: “Dele made his name as a second striker, in my opinion, with Harry Kane at Tottenham.

“They had some great years together. He may be moved back as the years went on, generally to become more of a number eight or a more structured midfield player.

“But he is certainly in the running as a solution.”

Everton avoided relegation to the Championship on the penultimate day of last season after coming from two goals behind to win at Crystal Palace.

But Lampard, who took over from the sacked Rafael Benitez in January, has warned that his side must improve to avoid another relegation scrap.

“We must work on every side of our game to be sure that we are not in a situation like we were in last season,” said the 44-year-old.

“It’s nice to have a relative clean slate. I never felt that we had that in my period at the club and that is important, because it should hopefully give us a fresh idea and feeling of confidence.

“We are all level, while at times last year it felt like we were chasing, especially if you’re five points from safety. That’s something we overcame and that’s testament to the group of players we have, the club and fans.

“There are still things I want us to do going forward to try to make us play more the way I want us to play – to be more consistent in what we can deliver.

“That will be a mixture of work on the training pitch and the players we can hopefully strengthen the squad with.

“We are working on and off the pitch and trying to improve the club in any way possible. There are a lot of good people at the club, but we have to get the culture right and move forward. We have to keep this unified feeling we have.”