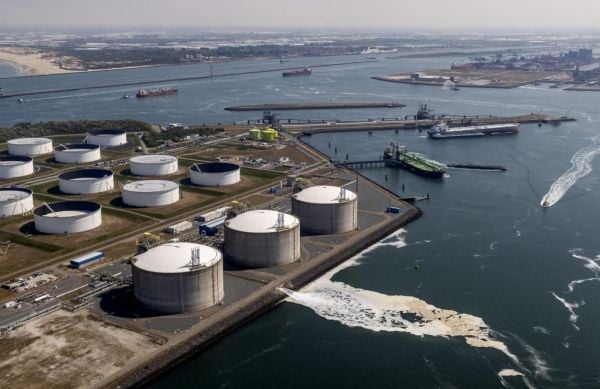 Minister of State Patrick O’Donovan has defended plans for a liquid natural gas terminal saying that he would be “pushing up daisies” before offshore wind energy plans come to fruition.

“If we’re waiting for offshore wind I’ll be pushing up daisies before we get any sort of real offshore wind,” he told RTÉ radio’s Today show.

“The very first application that goes in for an offshore wind farm there’ll be a bunch of people that will come along and object to it and it will probably be tied up in the High Courts for god knows how long because anybody and everybody in this country is given a right to object to everything and in the interim we’re told ‘trust us it’ll be ok’ and we don’t need to invest in any new infrastructure.”

A liquid natural gas terminal will provide the country with certainty of supply, he said. “It doesn’t say we’re going to increase supply or dependency.”

Mr O’Donovan welcomed the Taoiseach’s comment that LNG had to be considered in light of the energy security crisis brought about by the war in Ukraine.

“For the last two years, myself and Brendan Griffin have been banging away at this – not only does it make sense in terms of the commercial element of it and the injection into the local community in north Kerry and west Limerick.

“In terms of where Ireland Inc is now and the vulnerability to the State where we have a war raging in Europe, wholesale gas prices going through the roof, as well as that now, our only source of gas, our only external source of gas outside of the Corrib which accounts for about only 27 per cent, is through a third country which is no longer a member of the EU.

“So it puts us into terrible vulnerability, Ireland’s position going forward in terms of our capacity to ensure the lights don’t go out.”

Mr O’Donovan explained that the proposed LNG terminal would basically be “a big tank farm to store gas in case something happens so that supply won’t be interrupted.”

However, Jerry McEvilly of Friends of the Earth said that an LNG terminal will not miraculously solve Ireland’s energy security problem. It would take at least five years to build and supply was not guaranteed.

Ireland needed to move away from solely considering energy security, there was a need to look at energy efficiency and demand reduction.

“We need to plug the hole when it comes to energy, not simply demand a bigger fossil fuel tap. That means supporting better energy efficiency measures particularly for vulnerable households.”

Mr O’Donovan expressed concern about relying on the UK for gas supplies as “they could do anything with their gas.

“Other European countries can buy their gas from Africa, Australia, India, from the US – we can’t. We’re basically told there’s one shop and one shop only we can buy gas from.

“That’s putting the Irish State in a very vulnerable position.”