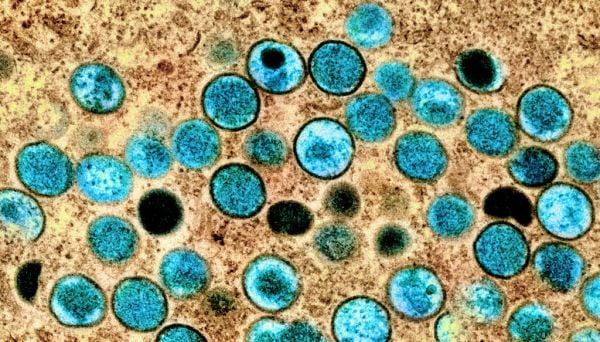 The HSE is to issue advice on vaccination to groups who are most at risk from contracting monkeypox in the coming weeks, the head of Ireland’s national immunisation programmes has said.

It follows on from calls made on Thursday to speed up the rollout of the smallpox vaccine to at-risk groups, after health authorities confirmed a further 12 cases of monkeypox, bringing the total cases confirmed to 97.

The Government last week accepted the National Immunisation Advisory Committee (Niac) advice to offer the smallpox vaccine to groups who are at high-risk of contracting monkeypox, including gay and bisexual men and other men who have sex with men, as well as other people at high risk of exposure.

The HSE has been offering vaccines to close contacts of people who are confirmed to have monkeypox.

Lucy Jessop, who is the director of the HSE’s National Immunisation Office, told RTÉ radio that they were still working on the rollout to high-risk groups, including how to identify who is most at risk.

“For a while now we’ve been working with various community partners like Man2Man… to develop a communications campaign and that has been ongoing for some time, to raise awareness in the community about the symptoms, the importance of presenting to healthcare early, and effective advice on prevention of monkeypox.

Ms Jessop added that they had not yet worked out whether at-risk individuals will be directly contacted or whether they would have to respond individually to any public campaign encouraging vaccination.

“In terms of people who are particularly at risk of this disease, it’s people who have multiple sexual partners, including some groups of men who have sex with men, but in terms of the risk to the broader population, that risk is very low, so it isn’t a vaccine programme that will be offered more widely than that.”

The latest figures on monkeypox cases published by health authorities show that among all 97 cases notified as of July 30th, all are male and have a median age of 36.

In 75 cases, the sexual orientation of the person is known, and all self-identify as gay, bisexual or other men who have sex with men (gbMSM).

Ms Jessop added that “we have a relatively stable number of new cases being notified each week over the past few weeks”.

“So it isn’t increasing at any alarming rate, it is staying relatively stable.”