Aircraft with cocaine worth €8.4 million believed to have travelled to France and Belgium 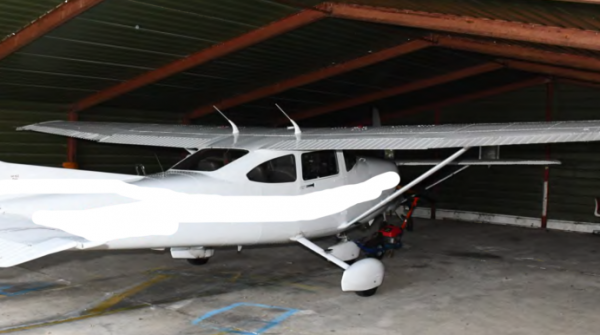 A plane suspected of carrying €8.4m of cocaine into an airfield in Abbeyshrule, Longford, on Thursday afternoon had left the same airfield the day before to fly to Dieppe, Normandy, where it is believed the consignment was loaded onto the aircraft.

As the Irish Examiner reports, the light aircraft had been engaged in internal flights in Ireland in recent weeks, but had also made trips to Scotland and Belgium in recent months. It flew to the same airport in France in mid-July.

This is believed to be one of the first times such a method was used to bring drugs into Ireland, according to gardaí.

Two men are being questioned in connection with the discovery of €8.4 million of the drug, which garda sources say is one of the biggest seizures of the drug made on land in Ireland by gardaí. It is the biggest one so far this year.

Gardaí say they are trying to establish the links between Ireland and continental Europe in the drug-trafficking operation, including whether the aircraft had been used for similar purposes previously.

Any possible connection between this operation and an aircraft which was seized in Waterford in early March will also be probed, although sources do not see any obvious link at present.

Around 120kgs of cocaine was seized in Co Westmeath after gardaí intercepted two vehicles on Thursday shortly after 6pm.

Personnel attached to the Garda National Drugs and Organised Crime Bureau, supported by other national units, intercepted the vehicles at two locations in the Lough Owel area.

The light plane was seized at a commercial airfield in Abbeyshrule, Longford, as part of the probe.

The men who are in custody are aged 54 and 40 years, respectively, and are being held in Ashbourne Garda Station.

They were arrested on suspicion of drug trafficking, contrary to Section 15 of the Misuse of Drugs Act 1977, and are being questioned under Section 2 of the Criminal Justice (Drug Trafficking) Act 1996.