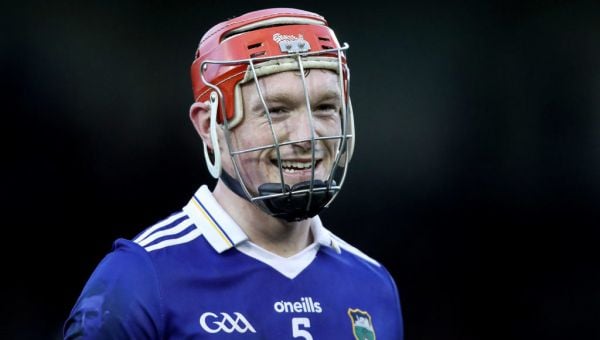 A vigil will be held this evening to remember the life of Tipperary hurler Dillon Quirke.

The 24-year-old died while playing a club match for Clonoulty Rossmore last night.

The club have tweeted to say members will gather at their grounds at 8:15pm to pay their respects to the All Ireland minor and Under 21 winner.

Thank you for all the kind messages. Maybe in time, these will provide some comfort. For now, we are beyond despair.
A vigil will be held in Dillon’s memory tonight at 8:15pm in the GAA grounds. All are welcome. Parking available in adjacent field. Please drive and park safely. pic.twitter.com/X96ArgbJ0S

Earlier today, the chairman of Clonoulty-Rossmore, Andrew Fryday expressed his personal heartbreak and the devastation of his club at losing their young Tipperary star Dillon Quirke, who died last night after collapsing playing for the club in a Tipperary SHC match with Kilruane MacDonaghs.

As the Irish Examiner reports, Fryday was speaking to RTÉ News and paid tribute to his nephew’s achievements on the field for his club and described “a pure gentleman” that his community is so proud of.

“He was a pure gentleman, a lovely, lovely young man who had the prime of anything you’d want in a hurler. A fine, big strong man.

“Fit and able, a leader on the field. He was captain of our club team this year, he led from the front.”

As Fryday said, Dillon Quirke’s “curriculum vitae was absolutely immense”. He won a Harty Cup title with Thurles CBS in 2015 and an All-Ireland minor title with Tipperary in 2016.

At 20, he was central to the club’s county championship win in 2018, just the fourth in their history. With Dillon as captain this year, Fryday pointed out the club had high hopes of driving on to repeat that achievement. Play National Lottery games responsibly, play for fun.

It comes as President Michael D Higgins and Taoiseach Micheál Martin were among those who have paid tribute to Tipperary inter-county hurler Dillon Quirke following his death on Friday evening.

Quirke (24) had been playing for his club Clonoulty-Rossmore against Kilruane McDonaghs at Semple Stadium when he collapsed.

Quirke was stretchered off the pitch and treated by medics before being taken to Tipperary University Hospital where he was later pronounced dead.

The President described Quirke’s death as an “inestimable loss” to his family, friends and community.

In a post on Twitter, Mr Higgins said: “As President of Ireland, I wish to express my deepest sympathies on the passing of Dillon Quirke.

“This is an inestimable loss not only to his family and friends but to his entire community to which he was making such a contribution. Ar dheis Dé go raibh a anam.”

Earlier, the Taoiseach retweeted a statement from Tipperary GAA confirming Quirke’s death, adding: “Shocked and saddened by the passing of Dillon Quirke.”

“My deepest sympathies to all his family, friends, his teammates, and all the community in Tipperary,” Mr Martin wrote.

The statement from Tipperary GAA was issued shortly after midnight, extending “heartfelt and sincere sympathies” to Dillon’s family, friends and clubmates.

“Dillon became ill during Friday evening’s County Senior Hurling Championship between Clonoulty-Rossmore and Kilruane MacDonaghs in Semple Stadium and was taken to Tipperary University Hospital in Clonmel where he passed away.

“Tipperary GAA wish to thank all those who attended to Dillon in Semple Stadium and in Tipperary University Hospital this evening,” the statement said.

It added that all games in the county due to be played this weekend have been called off as a mark of respect.

Former Tipperary hurling manager Liam Sheedy described Dillon as a “smashing person on and off the pitch” adding that “all of the GAA family are numb at the news”.

Dillon was a smashing person on and off the pitch and all of the GAA family are numb at the news tonight. My thoughts and prayers are with Dan, Olive and all of the family.

The GPA added that Dillon’s family, friends and teammates are “foremost in the thoughts of players across Ireland”.

“We can’t imagine your pain but will walk with you and support you in any way we can.”