ST Laurence O’Tooles athletic club have been holding a number of fund-raising novelty race events to help ease the financial pressure on their star sprinter, Molly Scott, who has, on a regular basis,  been representing her country, her province and her club in  World and European championships.

There has been a series of three evenings and the last one takes place on Monday 15 August beginning at 6.45pm at the St Laurence O’Toole facilities in Carlow. 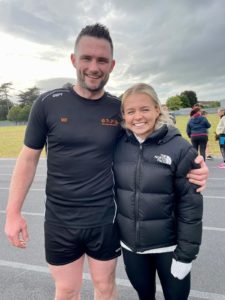 Aptly named, Monday Miles for Molly attracts runners and walkers of all standards. Starting with a ten minute mile, entry is €5 with the option of taking part in two races which are paced at agreed levels. Entries can take part in whatever race they think will suit them going from ten minutes, nine minutes and so on down. 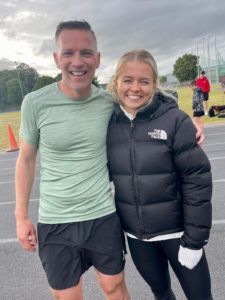 “Everyone is welcome. All funds raised go to Molly. We just wanted to do something to help her out as she is such an ambassador for the club,” says Frances Brennan, a St Laurence O’Tooles club member.

The evening has received sponsorship from Recovery Hub in Carlow, in the form of spot-prizes for the facility. Other sponsors include VDA Coffee Carlow,  Joov Ireland Sports Product and Fitness Formulas Bagenalstown. With the emphasis on enjoyment and participation the sponsors have distributed a number of spot-prizes which can be won by any of the entrants. 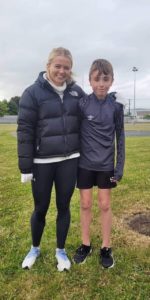 “There is not really a competitive element to the evening but then some runners will be doing their best Some people have taken it seriously but not everyone,” says Frances.