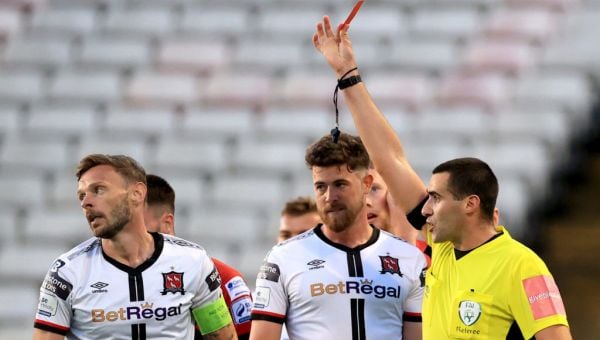 There were four games tonight in the SSE Airtricity Premier Division, all of which kicked off at 7.45pm.

Full-time: Dundalk take all three points at Dalymount Park thanks to Tadgh Ryan’s own goal on the stroke of half-time!!! pic.twitter.com/nD1ks2kYKQ

It was all square at the Ryan McBride Brandywell stadium where Derry City drew 0-0 with Shamrock Rovers.

And in the battle of the bottom two at Belfield, it ended UCD 2 Finn Harps 1, with the home team now sitting on 16 points.