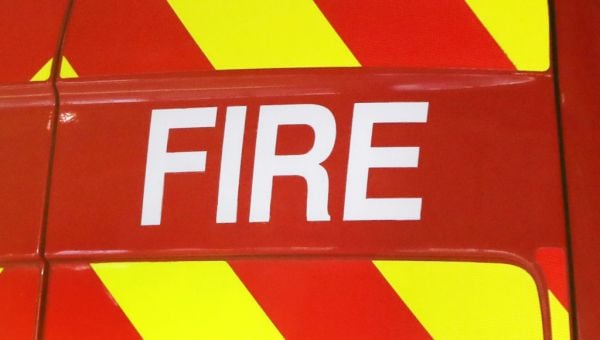 Local farmers in Ferns, Co Wexford have been praised for their heroic efforts in assisting firefighters after a blaze broke out on land on Thursday,

The RTE News at One was told that farmers directed traffic away from the scene, removed bales of hay out of harm’s way and made a makeshift fire break to stop the blaze from spreading to adjoining fields.

Farmer Paddy Walsh told the programme that the blaze broke out on neighbouring land in the afternoon.

“At the back of the Ferns GAA pitch there is barley sown there. It (the fire) started spontaneously and then with the wind is just transferred up field and kept on going.

“They say (at its height) it (had spread) over thirty acres. The flame was fifteen to twenty feet high.”

Paddy and a few other farmers hopped on their tractors and tilled the ground in front of the fire so that the blaze couldn’t move further.

“There was another few farmers and they were wetting the water in the ditches to try to keep it abay. The wind died down at the right time so that was a massive help as well.”

Paddy said he was inspired to hop on his tractor in a bid to do something having seen a few farmers halt the spread of fires on YouTube videos from Australia.

“No one had much experience in things like that. Probably a couple of years ago (that he saw the YouTube video.) But every farmer is very vigilant now and has tankers of water ready to go. Because a spark off a machine could set a field alight. It is best practice just to be vigilant anyway.

“There were several fire engines came and there were lads just happened to be in the village putting up flags for a county final they were the first on the scene. They moved a lot of bales out of harms away and allowed the traffic to come in an out.”

The blaze broke out at around half four yesterday. Eight units of Wexford and Wicklow fire brigade responded along with special units for command and control, including water carriers.