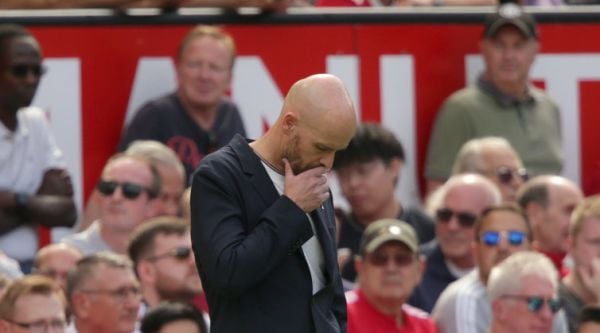 The second round of Premier League games kick off this weekend, with teams looking to build on a positive start or trying to get off the mark.

Manchester United fans will be travelling to Brentford in expectation of a much-improved display following a lacklustre home defeat by Brighton, while former Chelsea boss Antonio Conte takes Tottenham to Stamford Bridge on Sunday.

Here, the PA news agency takes a look at the big talking points ahead of the weekend’s fixtures.

Will Red Devils get stung again?

Manchester United manager Erik ten Hag tried to look for some positives after his side opened the new campaign with a below-par display at Old Trafford. The Dutchman feels belief will be the key to lifting his squad for the challenges ahead. Brentford will certainly not be short on that having come from two goals down to earn a draw at Leicester as they prepare a warm welcome for Danish midfielder Christian Eriksen back in west London.

If there was any doubt over whether Erling Haaland could cut it in the hustle and bustle of the English top flight, they were swiftly dispatched as the Norway frontman opened his account with a debut double to sink West Ham. Ominously for the rest of the Premier League, there looks to be plenty more where they came from. New boys Bournemouth will have a spring in their step after beating Aston Villa – but even with the addition of Argentina defender Marcos Senesi, you suspect it will take something extraordinary to prevent Haaland continuing on the goals trail.

The away end at Brighton on Saturday will no doubt be a sea of black and white – but it will be sky blue for the Newcastle players on the pitch. Both of the Magpies’ new kits – navy blue and white for away – have been deemed to be a colour clash with Brighton’s stripes, so the team will instead wear their usual ‘warm-up’ shirt which has a silhouette of St. James’ Park and several city landmarks. If Eddie Howe’s men make it two wins from two by sinking the Seagulls, there could just be a call to give the lucky jerseys another run out for the visit of Manchester City next weekend.

Dreamer Conte back at the Bridge

Antonio Conte had challenged Tottenham to dream big for the new campaign. After recovering from falling behind to an early goal from James Ward-Prowse, Spurs soon went through the gears to finally dispatch Southampton 4-1 and sit top of the table after matchday one. The Italian heads back to Stamford Bridge on Sunday looking to lay down another marker that his squad mean business. The opening result, of course, does not define a campaign – but it can help build a head of steam. However, as Chelsea showed when digging out a 1-0 win at Everton last weekend, Thomas Tuchel’s side know how to get a result and will not be about to roll out the red carpet for Conte’s return.

Liverpool started their campaign with a 2-2 draw at newly-promoted Fulham – and needed a late goal from Mohamed Salah to salvage a point. While there are plenty more twists and turns ahead, going on past form, the opportunities to make up any lost ground on City are likely to be few and far between. Crystal Palace head to Anfield on Monday night looking to get a first positive result of the campaign after losing at home to Arsenal. Were Patrick Vieira’s well-drilled side to keep Darwin Nunez and the rest of the Reds frontline quiet, the gap at the top could already start to look that little bit more disconcerting.