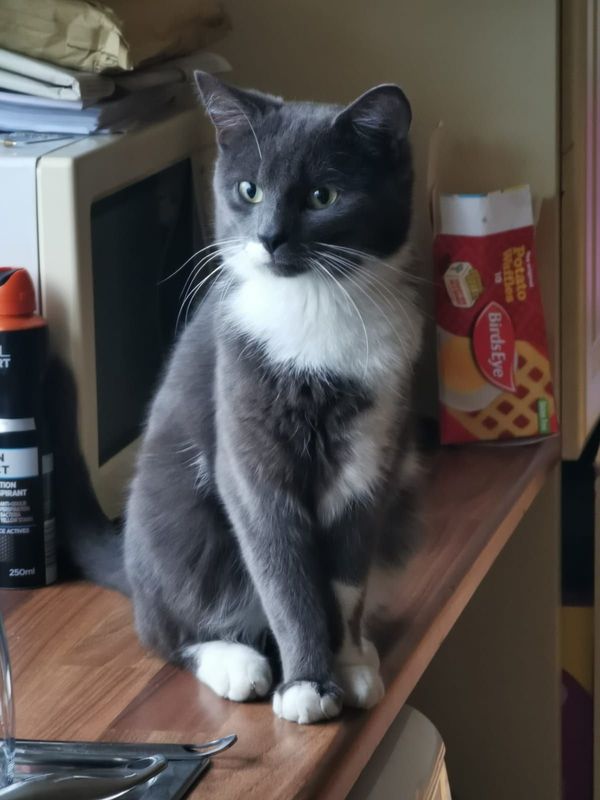 Oscar who went missing from his Graiguecullen home on 24 June

A RISE in reports of missing cats in Carlow is prompting a suspicion that the felines are being trapped deliberately.

On Facebook sites like Lost and Found Pets Carlow Kilkenny, there has been a steady stream of posts about missing cats in Carlow town in the last year.

There have been reports of half-a-dozen cats gone missing from homes in one area of Carlow town alone this year, according to Jane Hammond Kelly of the Carlow Society for the Prevention of Cruelty to Animals (CSPCA).

‘‘These cats were all well looked after, vaccinated and microchipped,” she said.

Ms Hammond Kelly has been investigating the issue locally, having received information from the public. The passionate animal advocate suspected there was something malicious behind it, with certain homeowners taking exception to cats passing through their property.

One missing cat did reappear injured, said Ms Hammond Kelly, and it bore evidence of having escaped from a trap.

‘‘Cats don’t disappear into mid-air. If they get killed on the road, with luck you will find it. These cats are disappearing. The only way to do it is shoot or trap it and remove it from the area.’’

However, Ms Hammond Kelly admitted she had no firm proof as yet.

One cat to go missing locally in recent months was one-year-old Oscar. The gorgeous, friendly, domestic shorthair went missing on 24 June from Heatherhill, Graiguecullen. Oscar had the same routine in the months before his disappearance, said his owner Roy Byrne.

‘‘He’d go out and potter about for the day before coming back at night. He didn’t come back that night, so we left the window open for him to come back in. He’s done this once or twice or before, but he’d always be there in the morning waiting for his breakfast. He wasn’t there the next morning and we started getting worried.’’

Roy and his partner Jade McGuane went out searching for Oscar, without success. They soon posted a social media appeal before putting up posters around Carlow town and leafleting houses.

Carlow Co Council was also contacted to see if council workers had come across Oscar if he had been knocked down. Despite the couple’s concerted efforts, Oscar’s whereabouts are still a mystery.

‘‘We were very upset, still even now,” said Roy. “We are still hoping that he will come back into the house. At this stage, we probably have to be a bit realistic.’’

While searching for Oscar, Roy was struck by the number of missing cat reports online, sometimes a new one every day. Breeding season, which runs between March and October, can cause cats to roam, but Roy thought this unlikely for Oscar.

‘‘Honestly, I do not know what happened to Oscar. It’s not like him to stay this long gone,’’ he said. ‘‘It is the breeding season for cats, but Oscar is neutered. That would be unusual for him to go wandering like that. It’s not unheard of for a cat to get that urge when neutered, but it is unusual.’’

Oscar has a very distinctive blue/grey hair coat, while his four paws are all white. Oscar didn’t like wearing a collar and didn’t have one when he went missing.

Anyone with information about Oscar is asked to contact [email protected] or 085 2852441, while the CSPCA are contactable on Facebook.