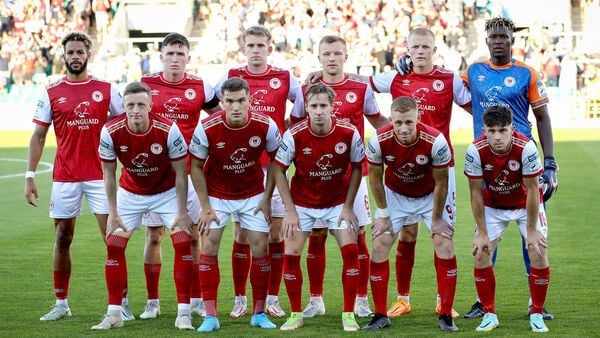 St. Patrick’s Athletic have expressed disgust at instances of racism that were directed at two of their players.

The club have released a statement, explaining the two players were racially abused, one of the instances occurring during last night’s Europa Conference League qualifier against CSKA Sofia, while the other occurred on social media post-match.

As the Irish Examiner reports, St. Pat’s later clarified that the racial abuse during the match did come from the away section.

Following a query, we can confirm the abuse directed at the player in question came from the away section at Tallaght Stadium https://t.co/uMftxMurFt

The Inchicore outfit say they have reported the incidents to the relevant bodies.

“Following last night’s European match against CSKA Sofia, St Patrick’s Athletic have today been made aware that two of our players have been subject to racial abuse,” a club statement read.

“One of our players was sent racist messages on his personal social media account, while another was racially abused during last night’s game.

We have reported these matters to UEFA, the FAI and SARI.”

Club Chairman Garrett Kelleher added: “We are appalled and disgusted by the vile racist messages and language that has been directed at our players.

“St Patrick’s Athletic is a multi-cultural, inclusive and welcoming club to all individuals, with a zero tolerance policy to racism and abuse of any kind.

“The club has offered it’s full support to both players, and we look forward to seeing them back on the pitch at Richmond Park on Sunday.”