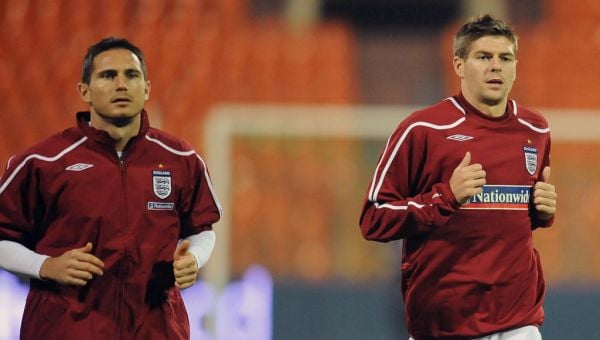 Steven Gerrard says his and Frank Lampard’s desire to win is the same now as managers as when they shared an England midfield together.

Gerrard’s Aston Villa host Lampard’s Everton in the early Saturday kick-off, with both sides seeking their first points of the Premier League season after opening-day defeats.

It is the first time that the two men who sparked countless debates over whether they were suited to playing together, but actually did so 71 times for England, have met as managers.

Gerrard said: “I know Frank extremely well and I shared a dressing room with him for many years.

“He’s a fierce competitor. He’s a winner. He’s very composed, very calm, and has got a really impressive football IQ.

“I could see from very early on, once I started sharing a dressing room with him, that he’d probably stay in the game in some capacity.

“It’s no surprise to see him in a similar position to myself, which is to try and lead a big establishment and progress it and move it forward.

“In terms of competing against each other, whether it be on the pitch or now as a manager, you’ve got two people who are desperate to be on the winning side.

“That will never change. It never did when we played, and it won’t from a touchline point of view.”

Villa started their campaign with a 2-0 defeat by newly-promoted Bournemouth last weekend.

Gerrard felt Villa “let ourselves down”, and he is expecting a big response from his players at their first home game.

He said: “I want them to give a better account of themselves in certain departments because we can’t expect to get anything when we post that level of performance.

“We’ve got fantastic players and we’re building a really exciting, talented squad. That’s what we believe.

“We let ourselves down last week but I believe we’ve got a lot of tools and attributes in our squad and the personnel to hurt teams. The players will hopefully back that up.

“What it (Bournemouth) showed me was having a real positive, strong pre-season where your players are in a fantastic place doesn’t guarantee you’re going to get results in the Premier League.

Wishing all the best to @KaineKeslerHayd, who has joined Huddersfield Town on loan for the 2022/23 season. 🤝

“We were disappointed with the level of performance we gave. In this league, you can’t get away with that – it doesn’t matter who you play. You need to be at it every single week.”

England Under-20 full-back Kaine Kesler Hayden has joined Championship side Huddersfield on a season-long loan deal.

Gerrard says similar movement over the new few weeks would leave gaps in his squad that would need to be filled.

He said: “There’s time left in the window. We’re trying to get game time for players who are a little bit frustrated at the moment.

“We’re trying to help and support people to get different options, and if that opens up one or two situations we’ll need to add.”