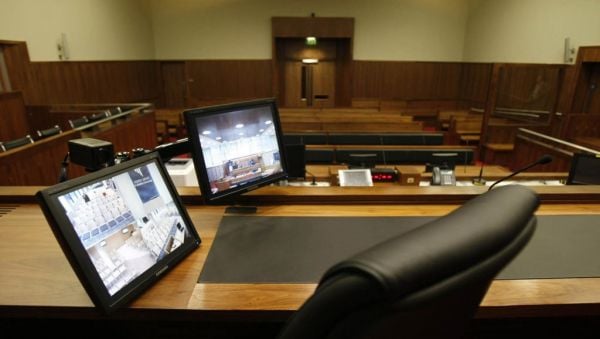 Two men have been charged with violent disorder and assault following the death of a man who was seriously injured during an alleged “unprovoked assault” in Athlone, Co Westmeath.

Paul Connolly (48), from Edenderry, Co Offaly, had been on a stag night in the town in the early hours of Saturday.

Mr Munnelly, who is unemployed, did not apply for bail while his co-defendant had bail set at €5,000, but he has yet to take it up. Both defendants were remanded in custody to appear via video link at the same court on Thursday.

Detective Sergeant Kevin Craig told Judge Mitchell the defendants made no reply to the charges and it was alleged the deceased was injured during an “unprovoked assault”. The court heard he was knocked unconscious and later died.

The detective sergeant objected to a bail application made by Mr Higgins due to the seriousness of the incident. He told Judge Mitchell that Mr Connolly suffered “punches and kicks” during the alleged attack which was captured on CCTV.

He agreed with defence solicitor Michael Cooney, however, that Mr Higgins was not considered a flight risk and that he lived with his grandfather in Athlone and had no prior convictions.

Following further questioning, the detective sergeant agreed it was alleged the incident had two sections, “minutes apart” and it was during the second phase that Mr Connolly was knocked unconscious.

He accepted it was alleged that Mr Higgins was involved in the earlier part of the incident and he was not known to the co-accused.

Judge Mitchell held the threshold had not been reached to deny the 18-year-old bail, but he had to note the seriousness of the incident.

He set bail in Mr Higgins’ bond of €2,500 which must be fully lodged and he approved his grandfather to act as an independent surety. His grandfather must lodge a further €2,500.

Judge Mitchell warned the young man to obey “stringent” conditions: sign on daily at his local Garda station, obey a 10pm-6am curfew, have no contact with witnesses, surrender his passport and travel documents and not apply for new ones, reside at his current address and remain contactable by mobile phone.

Legal aid was granted to the defendants.