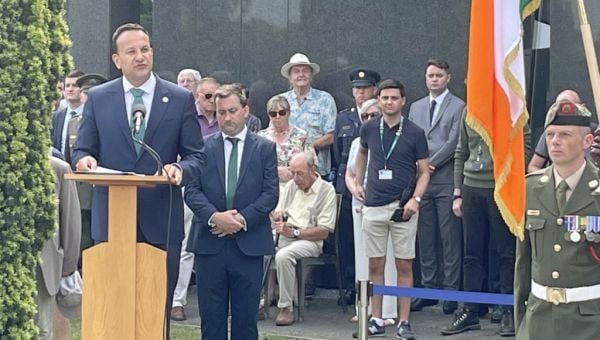 The Tánaiste has accused Sinn Féin of abandoning the principles of its founders.

Leo Varadkar was speaking at a commemoration ceremony marking the 100th anniversary of Arthur Giffith and Michael Collins’ deaths.

The ceremony at Glasnevin Cemetery was attended by around 200 people, along with members of the Defence Forces, the Justice Minister, the Garda Commissioner and the Griffith and Collins families.

“As we all know, the name Sinn Féin has been used in more recent times by those who’ve never understood the principles for which people like Griffith and Collins gave their lives, nor tried to follow them.”

“The entire life of Michael Collins was a profile in courage,” the Fine Gael leader said at Collins’ grave.

“He had the courage to fight the British empire despite overwhelming odds, and to force it to the negotiating table.

“He had the courage to risk his reputation and his life by working to secure peace, and then persuade the majority of people in the Dáil and in the country to support it. 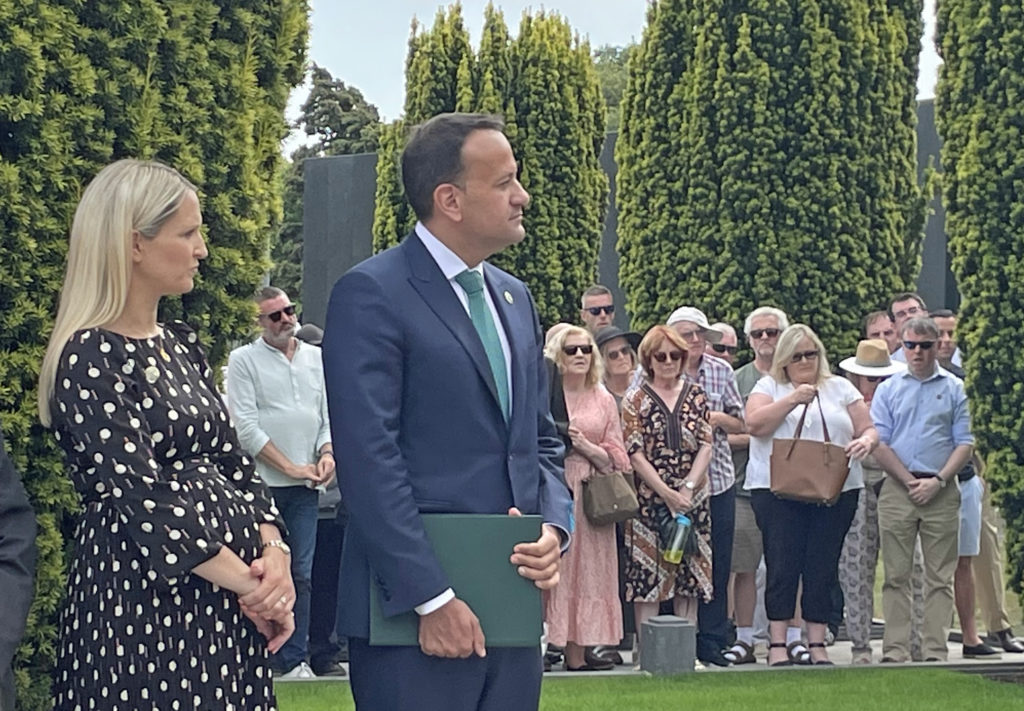 “Most importantly, he had the courage to believe in his fellow countrymen and women, he had faith in the future, and he trusted what future generations would be able to achieve.

“That is a remarkable legacy and one that continues to motivate and inspire us today.”

The commemoration is one of the longest in the history of the state – the Collins/Griffith Commemoration Society has organised the annual event at the gravesides of Michael Collins and Arthur Griffith since 1923.

Mr Collins and politician Mr Griffith were part of the delegation which signed the Anglo-Irish treaty in 1921, leading to a split in the Irish parliament and to the Irish Civil War.

Mr Griffith died of a brain haemorrhage two months after the conflict broke out.