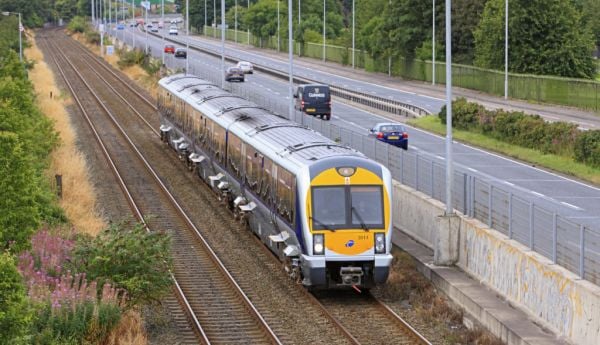 Five people were arrested after a fight at Castlerock train station in Co Derry on Saturday.

Police received a report at 6.40pm that a fight involving about 40 people had broken out on the Translink train and spilled on to the platform.

PSNI Inspector Martin Cummings said: “A member of Translink staff was assaulted during the incident and damage was caused to a car parked in the vicinity of the station.”

Later police said a 30-year-old man who was arrested on suspicion of criminal damage had been given a community resolution notice.

A 23-year-old woman arrested on suspicion of assault occasioning actual bodily harm had been released unconditionally.

A 64-year-old woman arrested on suspicion of common assault had been released without charge.

A woman aged 39 arrested on suspicion of common assault had been given a community resolution notice.

A 22-year-old man arrested on suspicion of common assault had been released pending a report to the Public Prosecution Service.

Anyone who may have witnessed the incident or who may have any information in relation to it has been asked to contact police on 101 quoting reference 1628 of 13/08/22.

A report can be submitted online, or Crimestoppers can be contacted anonymously on 0800 555 111.