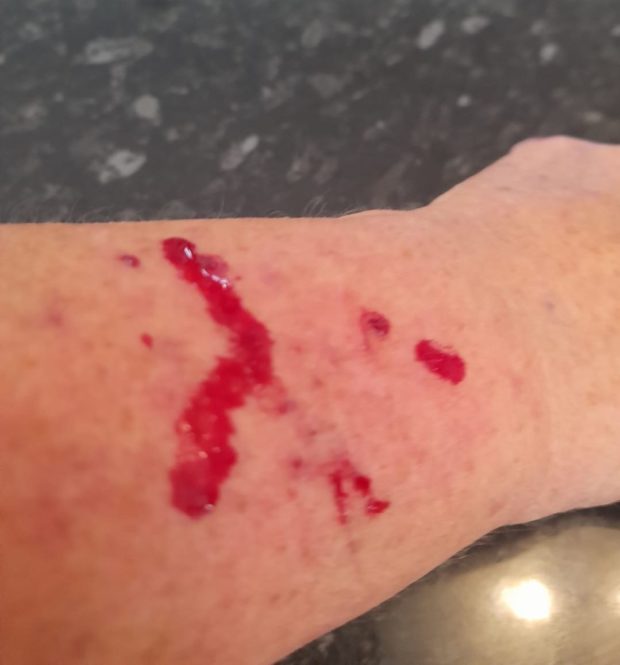 A WOMAN who was attacked by a German Shepherd in Carlow town has warned others in the area to be vigilant.

The woman was bitten by a German Shepherd on the Burrin Road at Carpenter’s Way last Tuesday 9 August at 8.30am.

The German Shepherd was with a man believed to be its owner but was not on a leash or muzzled.

The woman had been walking her small dog when the distressing incident happened.

‘‘I saw this man with a German Shepherd. I asked would he not put him on a lead. He said something and the German Shepherd came racing over. I was trying to protect my dog and in doing so his dog bit me on the arm.’’

The shocked woman recalled the owner’s reaction. ‘‘He was laughing, thinking it was great fun,” she said. ‘‘Imagine doing that … if that had been a child.’’

The man and the dog then went into Linear Park, where the dog, still not on a leash, advanced on two more women.

“One woman ran away; she had a husky. Another woman was screaming at him to put a lead on him. He did then, reluctantly.’’

The woman was left with a nasty gash on her arm and deeply shaken. The woman knows first aid and applied antiseptic cream and sterilisation strips to the wound. She contacted her GP, hoping she would not need further treatment, as she previously had a tetanus shot.

‘‘I never thought I could scream so much. I am still shook,” she told The Nationalist. The woman had seen the dog before in the area, not on a leash and unaccompanied, and believed others should be aware of the possible danger.

“I’m sitting in the chair here shaking. I just want people to be aware of it. There is an awful amount of children walking up and down the road at Carpenter’s Way.”

Days after the incident, the woman was still affected by the incident with her arm still very sore while her sleep had also been disturbed.

The incident was reported to Carlow gardaí. Gardaí say they are investigating the matter and have identified and spoken with the owners. A spokesperson reminded dog owners that they have obligation to ensure their dog is under complete control in public places while there are additional responsibilities for the owners of controlled breeds like German Shepherd to be on a leash and muzzled.