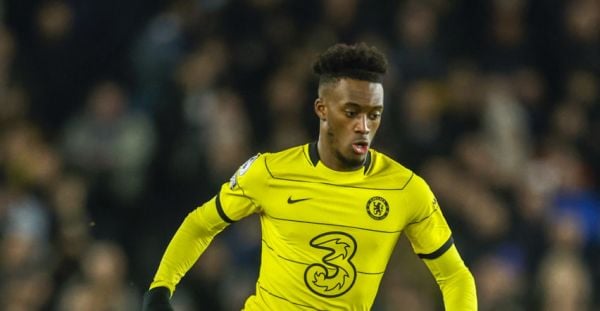 The Evening Standard says Chelsea have given midfielder Callum Hudson-Odoi the green light to leave the club in the summer – but only on loan. The 21-year-old is said to be a major target for Newcastle, while Borussia Dortmund, Leicester and Southampton are also eager to offer a temporary switch.

Staying with Chelsea, The Telegraph reports Newcastle also have eyes for Blues pair Conor Gallagher and Christian Pulisic. Magpies bosses have made formal enquiries about whether either of the duo could be loaned out this month, although Premier League stipulate only one of them could make the move.

Atletico Madrid have reportedly offered Manchester United a path to offload Cristiano Ronaldo. According to The Times, the Spanish club would be willing to exchange the 37-year-old striker for either Antoine Griezmann and Alvaro Morata in a potential swap deal.

The Guardian says the Red Devils are also looking at making a move for Real Madrid’s Casemiro, following speculation their attempt to buy Juventus’ Adrien Rabiot has failed.

Hakim Ziyech ‘eyed up for shock Prem switch’ as long as Chelsea aren’t ‘greedy’ with their asking price https://t.co/Jv8W216ABK

Tanguy Ndombele: The Tottenham midfielder will not be making a move to Napoli, according to Italian outlet Corriere dello Sport.