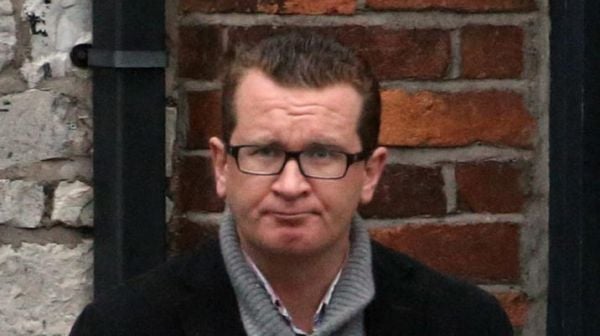 A former Fianna Fáil councillor has appeared before Cork District Court charged with the harassment of a woman in the city.

Joseph O’Donovan, formerly known as Gary O’Flynn, appeared before Judge Colm Roberts where he was charged with one count of harassment. The alleged offence occurred on three dates between July 30th and August 6th of this year in Cork city.

Detective Sergeant Katrine Tansley gave evidence of the arrest, charge and caution of the 47-year-old. She said the accused made no reply when the charge was put to him under caution at the Bridewell Garda Station in Cork city at 5.13pm on Tuesday.

The alleged offence is contrary to Section 10 of the Non Fatal Offences Against the Person Act, 1997.

No objection to bail was made in the case. However, the former Fianna Fáil councillor, who is the son of former party TD Noel O’Flynn, must adhere to certain stringent bail conditions pending his next court appearance.

Mr O’Donovan must remain out of the area of Cork city centre except for medical or legal appointments. He was also ordered to stay away from specific streets in Cork city.

Mr O’Donovan must abstain from all intoxicants in public and sign on three times a week at Gurranabraher Garda Station on the northside of Cork city. He must also reside at his home in Melvindale House, Coolowen, Blarney, Co Cork.

Mr O’Donovan must have no contact, direct or indirect, with the alleged injured party in the case. This also applies to social media. He also must obey a curfew from 10pm to 7am daily.

Judge Roberts asked Mr O’Donovan if he understood that a Garda could call at his home, with all the embarrassment that entails, to make sure that he was obeying the terms of his bail.

Mr O’Donovan said that he understood and acknowledged the terms of his bail. Mr O’Donovan, who was wearing a navy blazer, jeans and brown boots was told by Judge Roberts to “concentrate on the terms of the bail”.

He was represented by solicitor, Michael Quinlan, who made no application to the court. Judge Roberts remanded Mr O’Donovan on his own bond of €250 to appear before Cork District Court for DPP directions on the September 28th next.

Mr O’Donovan is the son of former TD Noel O’Flynn, who served in the constituency of Cork North Central from 1997 until his retirement in 2011.

From 2003 to 2008, while known as Gary O’Flynn, Mr O’Donovan was a sitting councillor in Cork city. He took his father’s old seat on the council in 2003 when the dual mandate ban came in to force.

He ended his political career five years later with his seat going to his brother. Ken O’Flynn has held a seat ever since. He is an independent councillor on the northside of Cork city.