Honey bees were buzzing at their paradise home in Powerstown 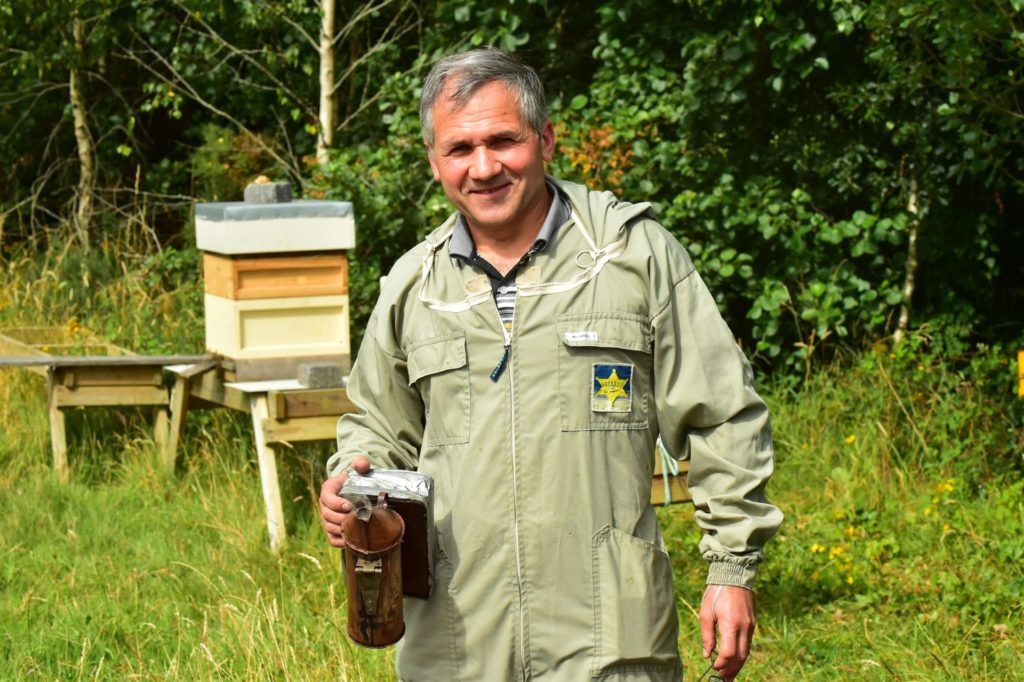 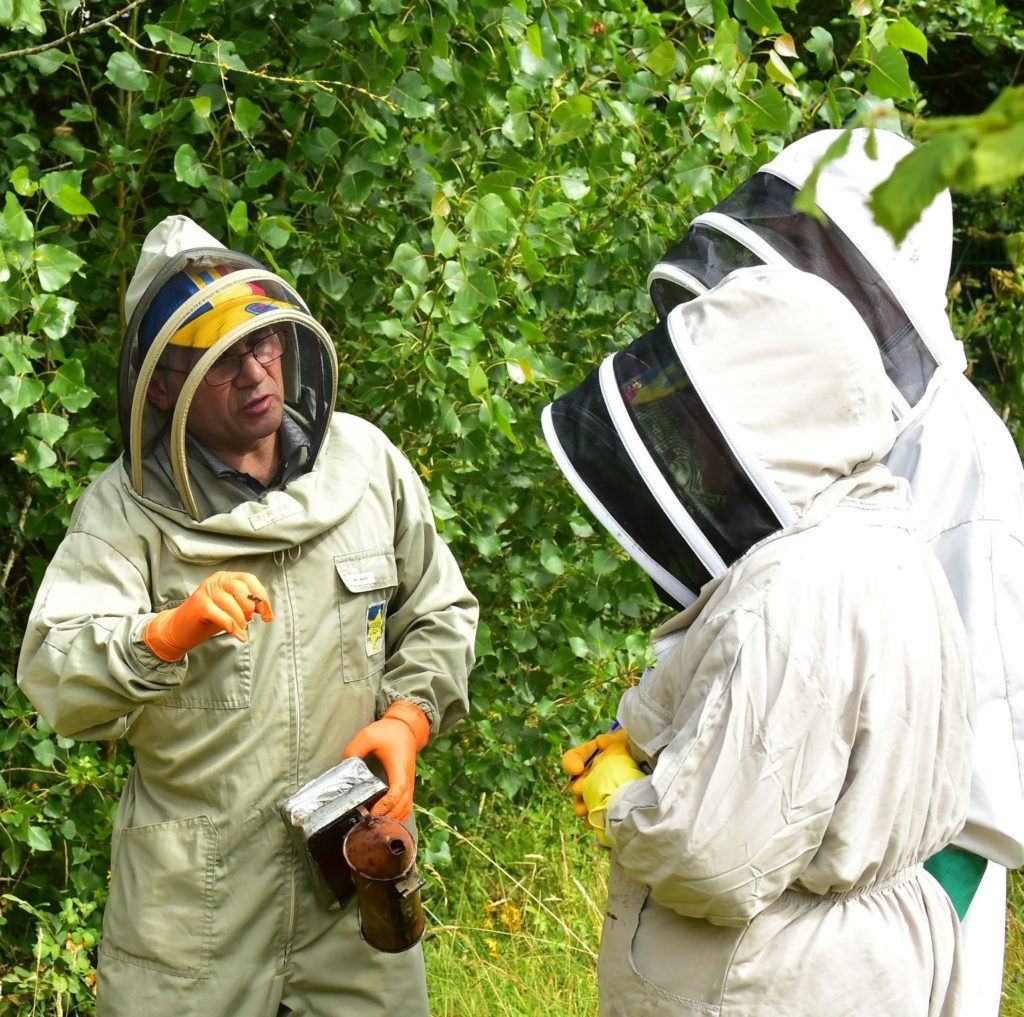 Larry Nolan, Dorel Picovici and Paddy Holohan explain the workings of the hive to Suzanne Pender from The Nationalist 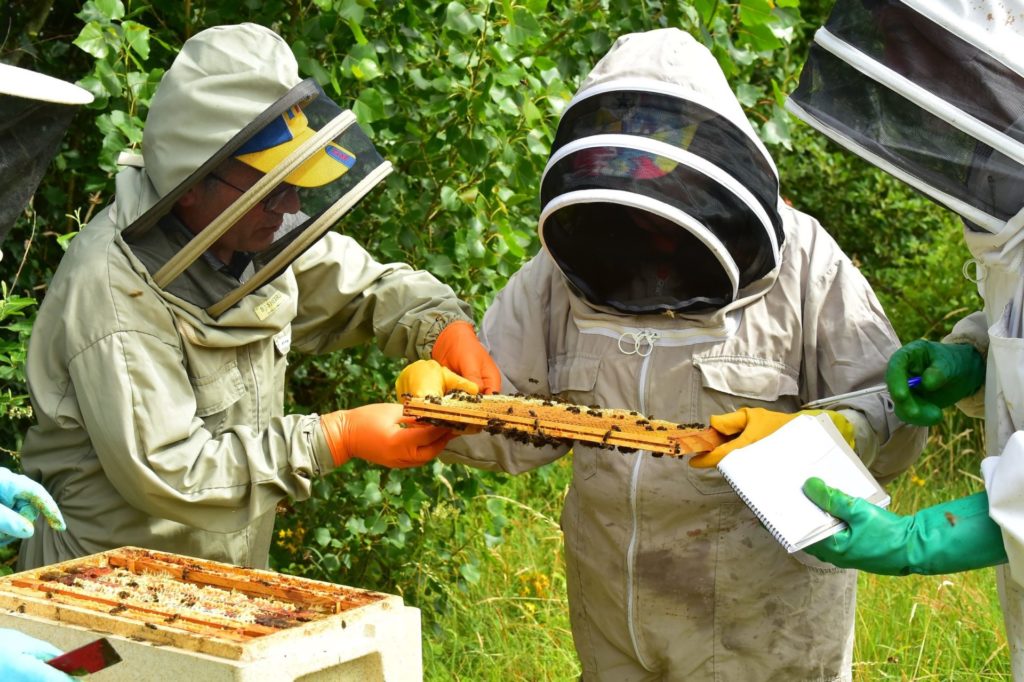 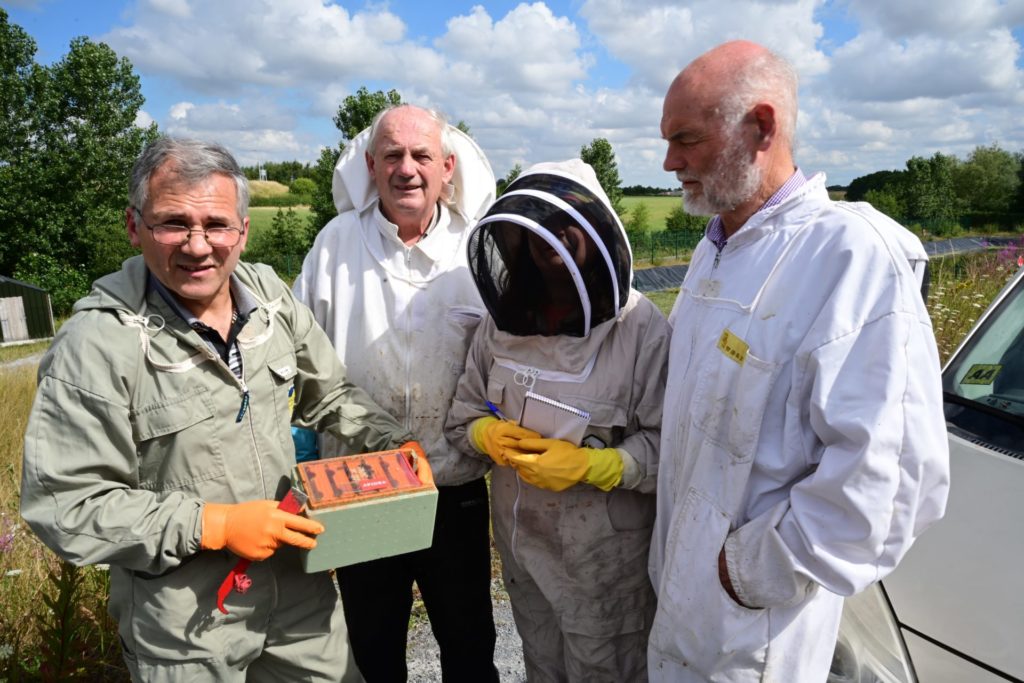 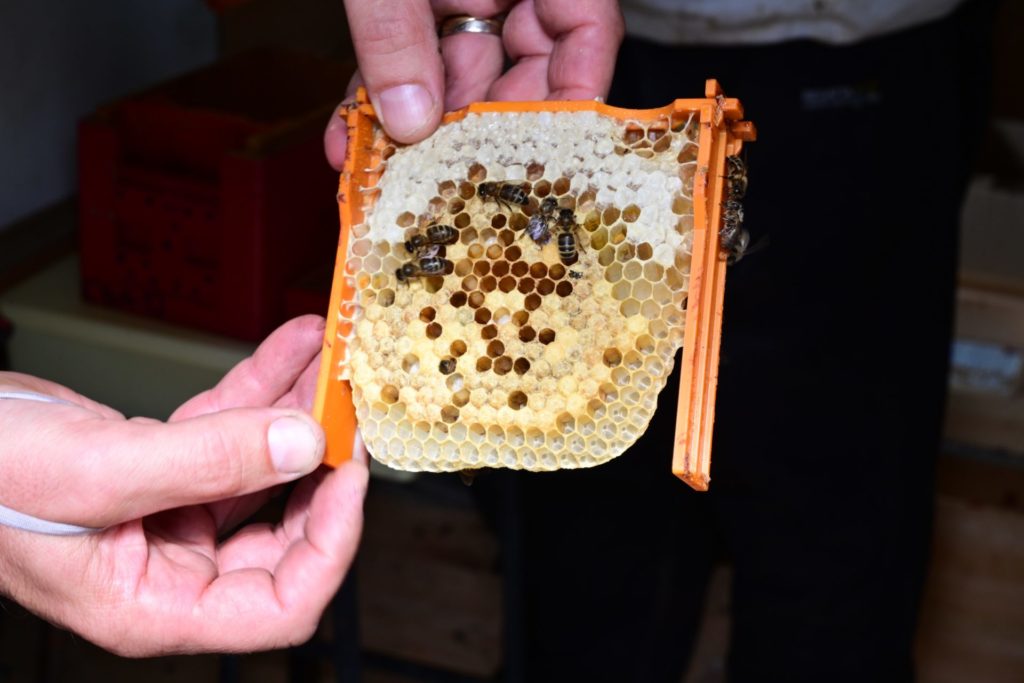 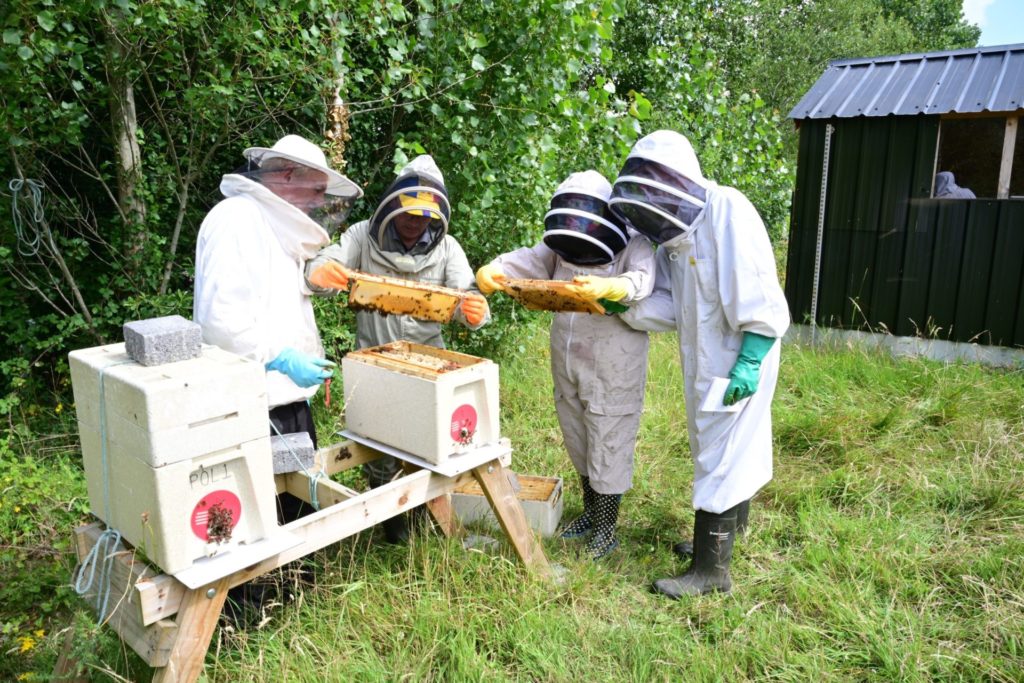 “YOU treat bees like you’re on a first date … you’re full of manners, full of courtesy and full of attention. If you’re a fussy or impatient person, pick a different hobby.”

Sage words from Paddy Holohan, a member of Carlow Beekeepers Association, as we don full bee suits and I take my maiden voyage into the domain of the Irish honey bee.

We’re at the association’s apiary in Powerstown Civic Amenity Centre, a beautiful paradise for the bees and worlds away from its former incarnation as the local landfill.

Secluded, secure and brim-full of wildflowers and native Irish trees, thousands of bees are now the centre’s VIP residents, all carefully homed in a series of busy hives.

I quickly discover that the allure of beekeeping is almost as additive as the honey it produces.

There’s layer upon layer of information and knowledge to be gained, a whole breadth of facts, records and realities about life inside the hive, its hierarchy, its rules, its way of life, its purpose. For those observing all of this, it’s utterly enthralling.

I’m left thinking that if one word could sum up beekeeping it’s probably temperament, both for the subject and its many devotees.

I’ve never met a group of such calm, careful, considered people. They move through the hive softly yet assertively – in fact, they exude a serenity that’s all part of the essential temperamental trait it takes to be a true beekeeper. Good eyesight also helps!

Among the many things they observe, members of Carlow Beekeepers Association track the temperament of a hive by recording data relating to every single visit they make to the hive. In the height of summer, that can be at least once a week.

How a queen is responding, how a hive is responding to its queen, how the brood is developing, how the hive is producing … it’s all tracked to precision.

If a hive is angry, change the queen; this lady of the manor sets the tone for the entire operation!

Member Dorel Picovici is the driving force behind the association’s queen-rearing programme. Science, good observation and a healthy dose of patience are key to getting the genetics right and developing the best traits for each queen and ultimately the hive in which she rules.

Dorel is the energy and enthusiasm behind the programme, his interest and expertise ensuring the wonderful hives the association has. Each of the queens are marked and interestingly named by Dorel when introduced to the hive.

“Yes, I have names for them. We have Meghan and we have Mary – she’s four years’ old,” smiles Dorel.

Safely tucked inside my suit, wellies on and every gap sealed, I face my first encounter with a hive. Bees are curious, so I’m told to be prepared, they may want to check me out!

The lid is lifted to reveal a row of frames, thousands of bees crawling and also buzzing gently around us. It’s not for the faint-hearted, but thankfully I’m good with creepy-crawlies – pigeons, on the other hand, well that’s another matter!

Dorel, Paddy and fellow member Larry Nolan point out all the intricacies of the hive. We find the queen, spot the only males in the hive (the drones), watch as some of the worker bees haul in the pollen, observe the brood, which is the eggs, larvae and pupae in the ‘brood frame’.  It’s clear where the phrase ‘hive of activity’ comes from.

The hive is a female-dominated environment and everyone has a role to play. Guards of the hive, water carriers, undertakers, babysitters, bees who’ll cool the hive, bees who’ll turf out the drone once his use has been fulfilled – a ruthless ritual of eating off his wings and throwing him out of the hive.

Justice is swift and merciless in the life of a hive. Every single bee has a role and a purpose. It’s also what makes it so interesting and so addictive for the dedicated observers.

“If humans operated like bees there’d be no issues,” says a matter-of-fact Paddy.

The honey that’s harvested varies enormously, based on the time of year and the environment the hive is in. Different flowers, trees and plants all impact on the taste and quality of the honey.

Carlow Beekeepers Association celebrated their 100th anniversary this year and end their first century stronger than ever. In the lean years, a dedicated group of individuals kept the club going, in particular long-standing member John Blanche.

There isn’t a thing about bees that John doesn’t know, said Paddy.

“You should see him with the bees … he’s magic,” he adds.

Dorel, Paddy and Larry all agree the interest and public knowledge of bees is at an all-time high.

Members of the group give regular talks and host stands at various events, bringing along their observation hive so people get to see inside – without having to get suited up!

“We’ve been to about nine or ten national schools this year and you can see that there really is an understanding of bees. You know by the questions the youngsters ask that it isn’t their first encounter with bees,” says Paddy.

This appreciation and respect for bees is clear in Powerstown, where Carlow County Council has created this perfect oasis for them.

“A mega thank you to the staff of the centre here, they treat us like royalty,” said Paddy.

The interest of Carlow County Council has also led to Co Carlow being named a conservation area for the native Irish honey bee, one of the few counties to have achieved this.

To learn more about Carlow Beekeepers Association or to become a member, check out all the details on www.carlowbeekeepers.com.