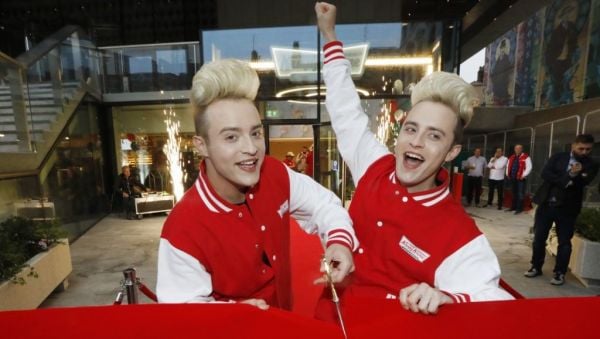 Peope queued from 5am this morning as Krispy Kreme opened its new flagship store in Dublin city centre.

The Dame Street ‘Hotlight’ store allows people to see the doughnuts being made through a glass front.

First in the queue since 5am was Ryan Hoban from Crumlin as the doors of Krispy Kreme Dame Street were officially opened at 7am, following an official ribbon cutting.

The first 300 customers were treated to merchandise and prizes. 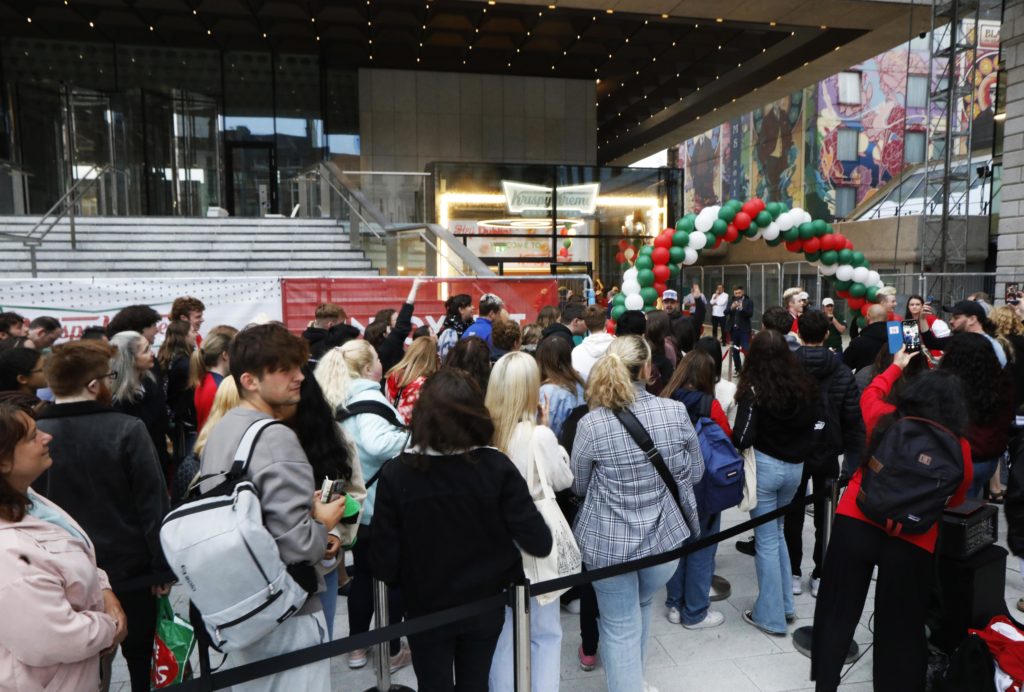 Pop stars Jedward were on hand to cut the ribbon and entertain the crowd while Dublin dance troupe House of Swag were showcasing their moves.

Speaking on the opening morning, Ireland country manager for Krispy Kreme, Declan Foley said: “We are delighted to bring Krispy Kreme to fans in the city centre of Dublin. Our central location and extended Hotlight opening hours mean we are now even more accessible to loyal brand fans. It’s 4 years since we opened our Blanchardstown store, Ireland’s very first Krispy Kreme and we are overjoyed to see how the brand has grown ever since.” 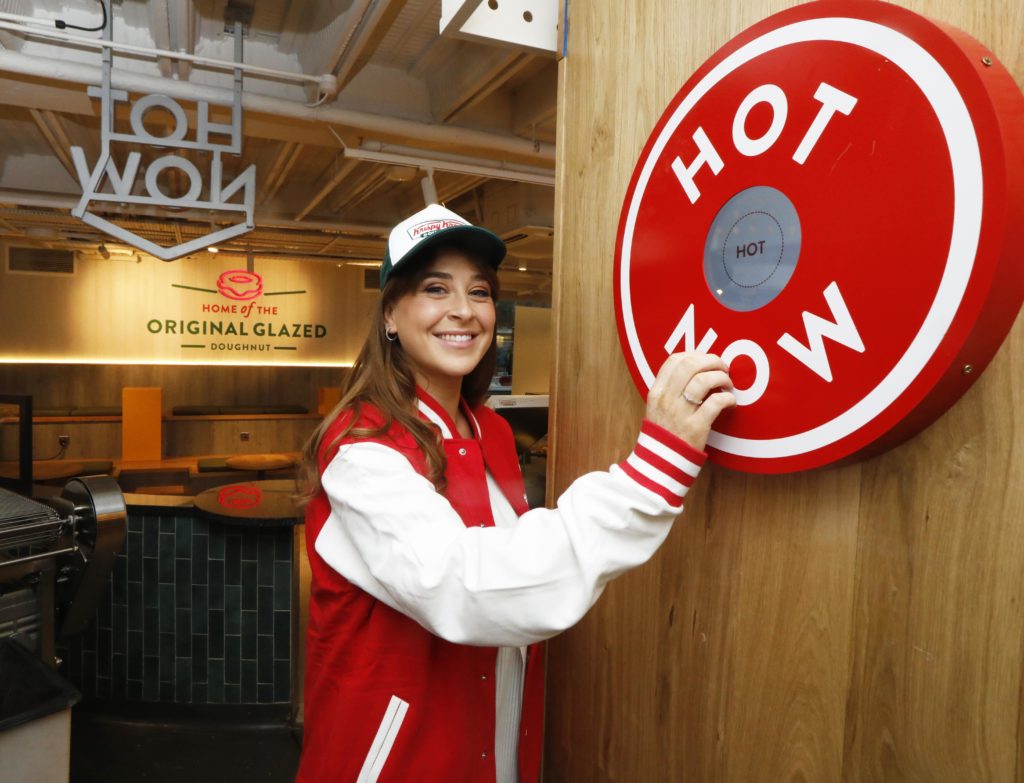 Located in the city’s new Central Plaza building this is Krispy Kreme’s first store in the centre of the city, situated at the popular pedestrian walkway linking Dame Street to Temple Bar.

A click and collect service is also available, allowing people to order online.

Krispy Kreme Central Plaza is now open daily Monday-Thursday 7am to 9pm, Friday-Saturday 7am to 12am and Sunday 10am to 12am.