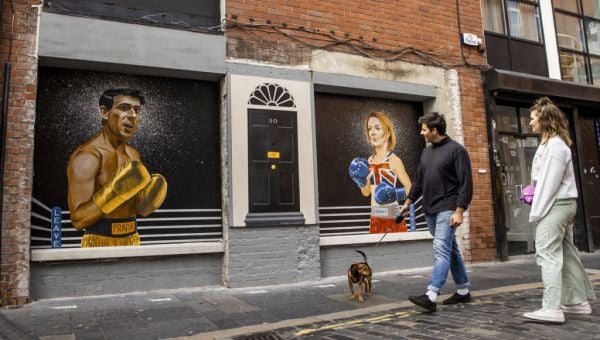 Liz Truss, Britain’s foreign minister and favourite to become prime minister next month, said on Wednesday she was determined to deliver the Northern Ireland Protocol Bill in full, even if it faced time-consuming opposition in parliament.

The bill takes unilateral action – effectively tearing up parts of the Brexit divorce deal – to resolve a disagreement with the European Union over how to handle customs arrangements on goods travelling between Britain and Northern Ireland.

Ms Truss acknowledged that the bill, which has faced strong criticism from political opponents in Britain and from the EU, would take time to pass through parliament’s upper chamber, where the UK government does not have a majority.

She added that resolving the row with the EU was crucial to restoring Northern Ireland’s political powersharing arrangements.

Asked what guarantee she could offer that, if elected prime minister, she would not bow to those who oppose the plan in the EU or in the United States.

Ms Truss said: “I took on responsibility for negotiating the Northern Ireland protocol, and against a lot of advice in Whitehall and against the wishes of some of the people that you’ve mentioned – and I have been very clear with people like (US House Speaker) Nancy Pelosi exactly what I think about this and exactly what we need to do – I have got on with delivering this.”