Vandalised mural in Tullow gets a much-needed makeover 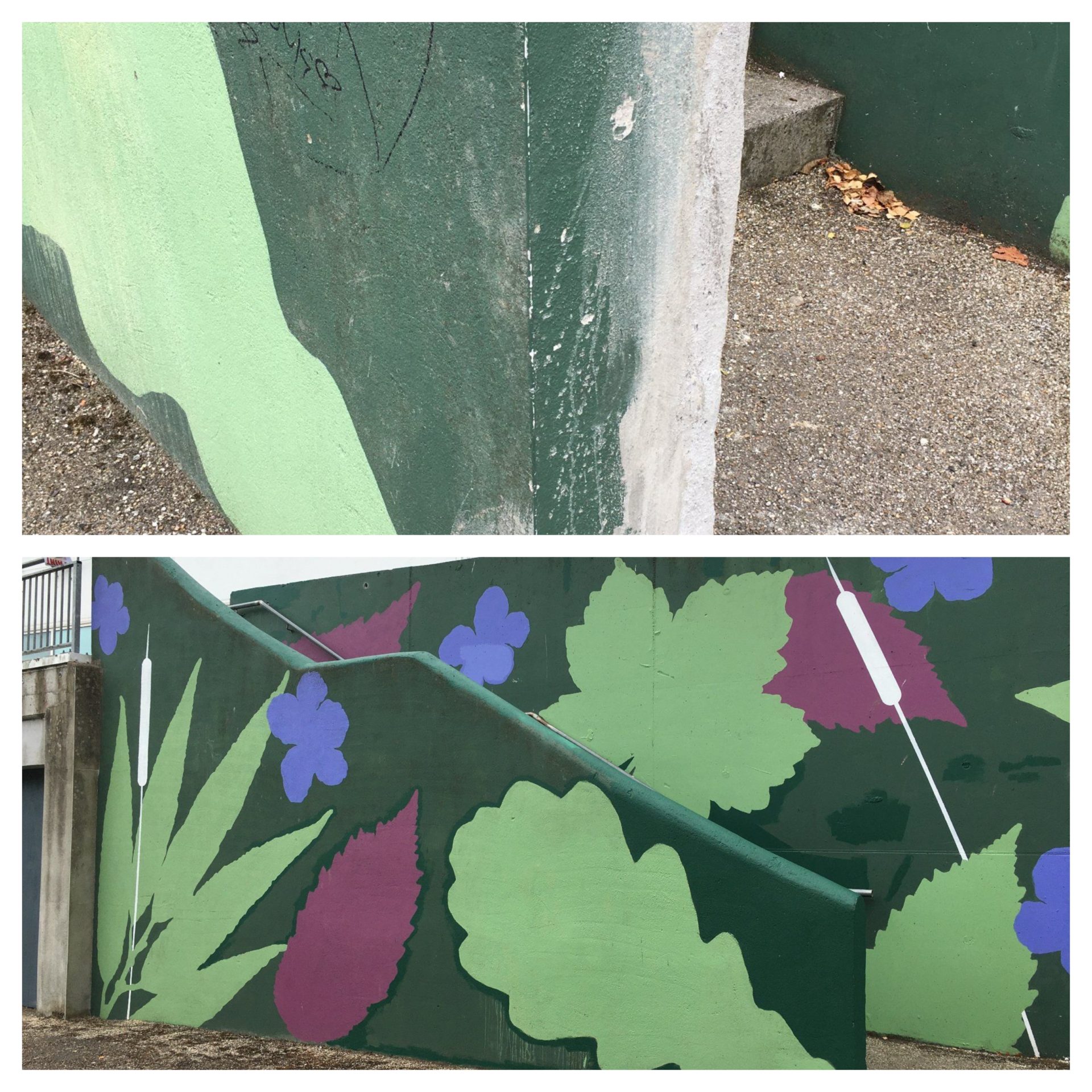 TULLOW’S beautiful and colourful mural, called Grass Roots, got a much-needed clean-up thanks to members of two churches, one of which was all the way from Wisconsin, USA!

Members of the Faith Chapel near Chicago, led by Pastor Charles, were in Tullow visiting the Gateway Community Church, on the Rathoe Road, helping them to build a stage.

As part of their outreach mission, members of both churches joined Tullow Tidy Towns to re-touch the Grass Roots, which had fallen foul of vandals, who had sprayed obscene messages on the mural.

Their goal was to cover the nasty graffiti on the mural and re-touch areas that weren’t looking well and to paint over some new areas of plasterwork.

Members of Tullow Tidy Towns were blown away by the work ethic of the Faith Chapel teens and adults. Meanwhile, the adults in the group did a litter pick of the town park and along the river banks.

In a matter of hours, the Grass Roots mural was looking cleaner and brighter. And although the work is not completely finished, a great start was made on retouching the paint work on the mural.

After all the hard work, Gateway Church graciously invited the Tidy Towns group to join members of the Faith Chapel congregation for lunch. They got to meet Pastor Niall Byrne and were also given a tour of the wonderful church facilities. 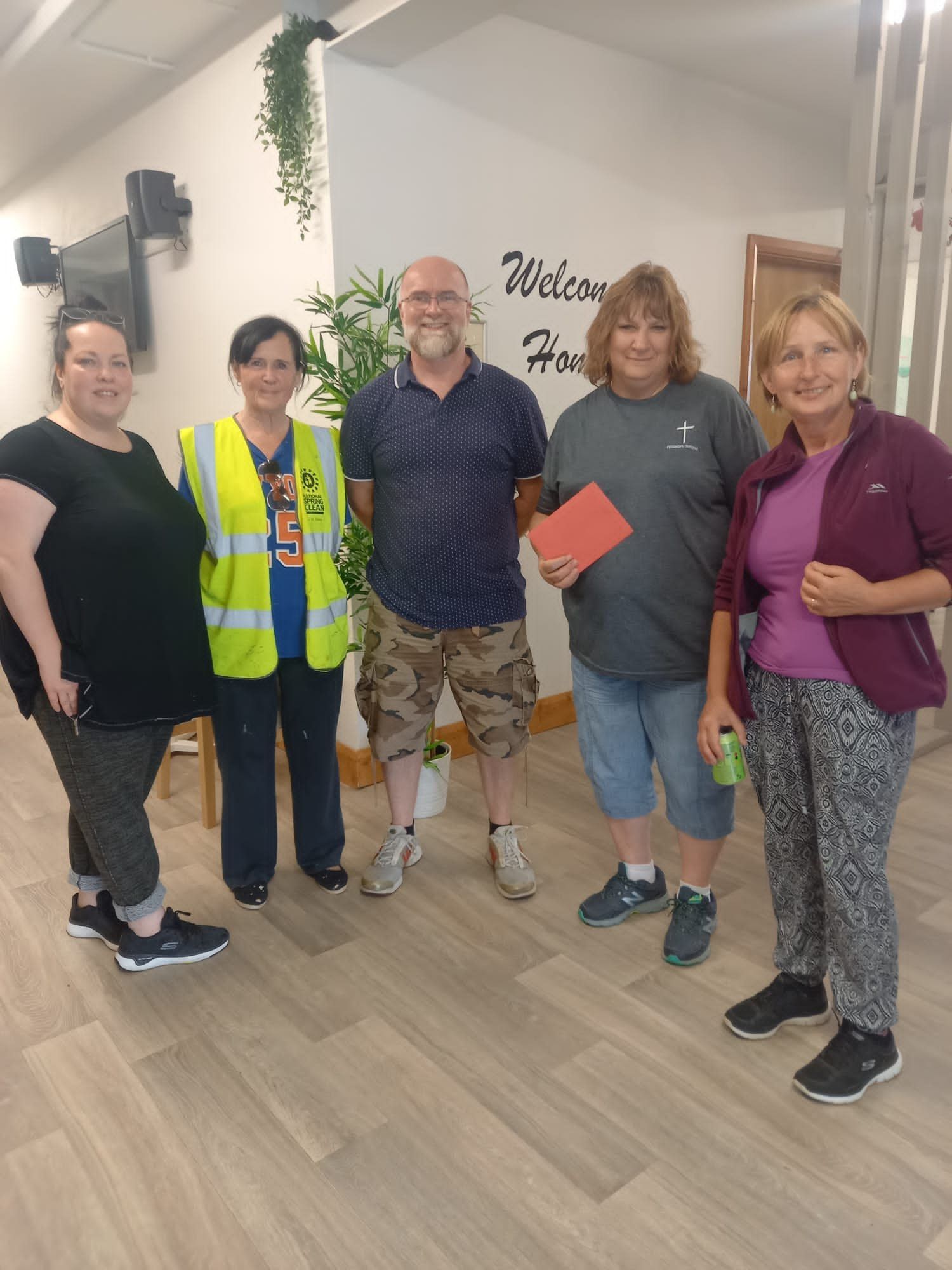 Winnie from the Gateway Church with Mary, cllr William Paton, with Denise from Faith Chapel and committee member, Sue