Carlow’s Tom Daly and Charlie Ward are both in the squad for Connacht’s first pre-season friendly of the new season away to Castres this evening (k/o 7pm Irish time). 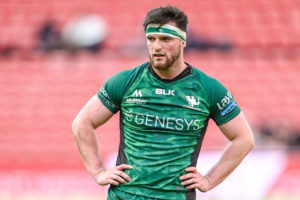 Daly will captain the team in his usual centre position and he is partnered in midfield by Byron Ralston, one of five newcomers in the starting XV. Former Leinster and Ireland winger Adam Byrne is also included along with Grant Stewart, Shamus Hurley-Langton and David Hawkshaw.

Ward is named among the replacements.

Elsehwere, Ciaran Booth and Hurley-Langton are selected at blindside and openside respectively with Sean Masterson at number 8. Niall Murray and Oisín Dowling are paired together in the second row, and the squad is completed by props Denis Buckley and Dominic Robertson-McCoy.