Bruno Lage questions timing of closing of the transfer window 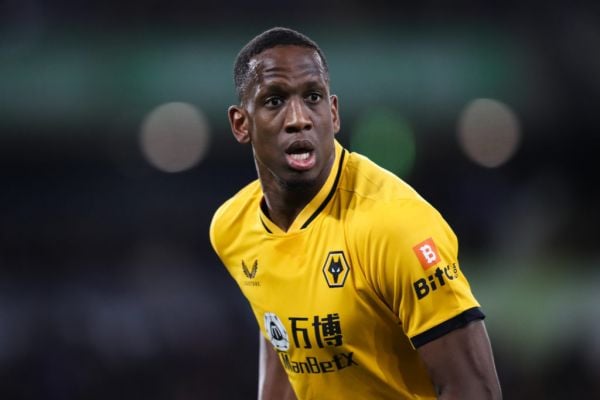 The defender, linked with Nottingham Forest, failed to turn up for Sunday’s 1-1 draw with Newcastle, despite being named in the squad.

Lage insisted he has no issue with Boly and understands his desire to move but expected him to remain professional.

Boly is trying to force a move from Molineux and Lage feels the window remaining open at the start of the season does not help.

He said: “When we want to discuss contracts we always want the best for us. These days, the big amount of money comes from TV and the transfer window stays open until late.

“It’s important to understand how long the transfer window can be. What is the time to end?

“Everything happens with agents and players and it’s so hard to manage people. I don’t just mean Boly but we need to think about this and what kind of rules we want so these kind of things don’t happen.

“Maybe I’m dreaming, but we can think about what we can do different and protect these kind of things. Boly doesn’t deserve that, he’s a great professional and doesn’t have any problems with me.”

He cancelled out Ruben Neves’ first-half screamer to maintain the Magpies’ unbeaten start and keep Wolves searching for their first Premier League win.

“It’s a very tough league, it was a very difficult game. I’m happy to help the team to keep the run with no defeats,” Saint-Maximin told the club’s official site.

“I practice that a lot in training, that’s why I always stay on the edge. I took my chance because I know I’m capable of scoring. I did it in a very important moment.

“It’s like a win for us, we nearly lost the game so I’m very happy to help the team.

“We nearly won, we didn’t have a very good first half and we tried to turn it around. It wasn’t a win but when you cannot win you have to do everything not to lose.”

Meanwhile, Patrick Cutrone has left Wolves to join Serie B side Como on a permanent deal. The striker joined from Milan for £16million in 2019 but failed to impress and spent time on loan at Fiorentina, Valencia and Empoli.