Carpenter Way flooded for second time in a month 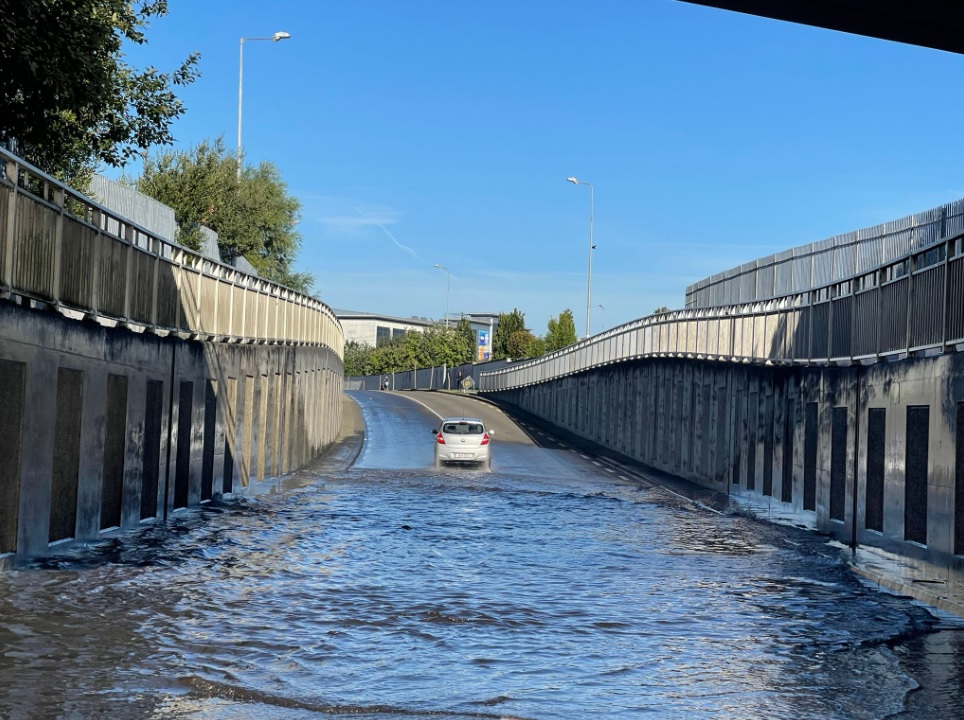 CARPENTER Way in Carlow town was flooded for the second time in less than a month during the weekend, causing some disruption to traffic.

The link road under the railway bridge was flooded with several inches of water because the two pumps that serve to keep ground water off the road broke down.

Part of the road is under the water table so two pumps are in continual use to keep the thoroughfare clear. However, one of the pumps burnt out and the other one shorted out on Sunday. This was the second time that the road was covered in water in the past month, after the first incident occurred on 8 August.

Ray Wickham, senior engineer for roads in Carlow County Council, told The Nationalist that the two pumps had been installed when the road was originally built in the mid-2000s and that they will be replaced as soon as possible.

“The road is under the water table so the pumps are needed. We have alarms on them, so we knew there was a problem and we removed the water as soon as we knew,” said Mr Wickham. “Two new pumps have been ordered and we will replace them as soon as possible.”