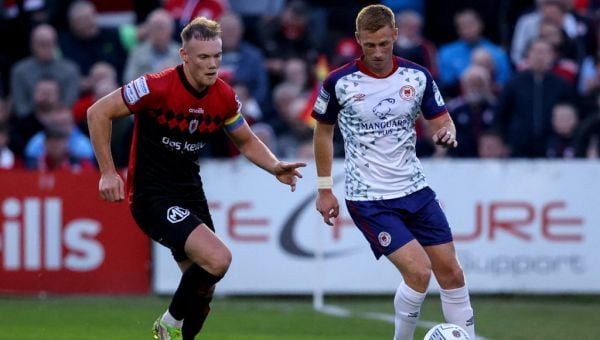 It was another eventful night in the League of Ireland Premier Division as fourth place St Patrick’s Athletic beat sixth place Bohemians 3-1.

Elsewhere, Sligo Rovers dented Dundalk’s title hopes with a 2-0 win at the Showgrounds. An own goal from Andy Boyle and a first goal for Estonian striker Frank Liivak saw the home side claim all three points.

Three important points for Rovers who played well throughout.

Next up we host Drogheda United on Saturday at 7:45pm

Derry City kept the pressure on leaders Shamrock Rovers with a 1-0 away victory against Shelbourne. Ryan Graydon scored a goal in added time to give Derry City a crucial win.