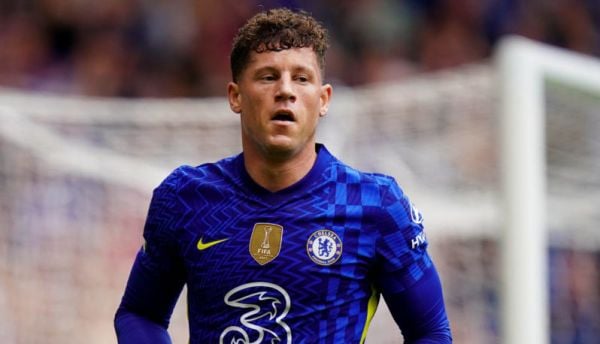 Ross Barkley has left Chelsea after four years with the Blues.

Chelsea agreed a deal to settle the remainder of the England midfielder’s contract, allowing the 28-year-old to leave Stamford Bridge as a free agent.

Barkley made 100 Chelsea appearances and scored 12 goals following his switch from Everton in January 2018.

Wishing you well for the future, Ross! 🤝

Chelsea’s new owners have continued their progressive approach to reshaping the Blues’ senior squad this summer by agreeing a deal for Barkley to leave Stamford Bridge, despite his contract not expiring until next summer.

Barkley’s best moment at the Blues came in his substitute appearance in the 4-1 Europa League final triumph over Arsenal in Baku in 2019.

“The midfielder, who joined from boyhood club Everton in January 2018, made 100 appearances for the Blues in all competitions, scoring 12 goals.

“The most memorable was his injury-time equaliser against Manchester United in his first full season at the Bridge.

“At the end of that campaign he helped win the Europa League, scoring a spot kick in the shoot-out victory over Eintracht Frankfurt in the semis and then coming off the bench in the brilliant Baku triumph against Arsenal.”