Series of break-ins across Co Carlow 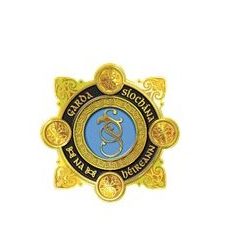 GARDAÍ are appealing for information about a spate of burglaries that have occurred in the past fortnight.

They  are investigating a break-in at a house in Ratheden, Leighlinbridge on Tuesday 16 August around 11am. A window was forced open to gain access and a bedroom was ransacked.

Gardaí are appealing for information about the theft of a granite trough and lintel, which were taken from outside a house in the Clashganny area between Sunday 21 and Saturday 27 August. Gardaí in Borris are appealing to anyone who noticed any suspicious activity in the area between those dates to contact them at Borris Garda Station.

There was also a break-in at a house in Kyleballyhue on Sunday 21 August in the early hours of the morning. Entry was gained via a window, which was forced open around 2am and a laptop was taken. Gardaí are appealing to anyone with information or anyone who noticed any suspicious activity in the area to contact Carlow Garda Station.

Gardaí are investigating an attempted break-in to a van parked on a driveway at St Bridget’s Crescent, Bagenalstown after 11pm on Monday 22 August. A dark-coloured Ford Focus was spotted at the scene. The culprits were disturbed by the van alarm activating so nothing was taken. Contact Bagenalstown gardaí with any information.