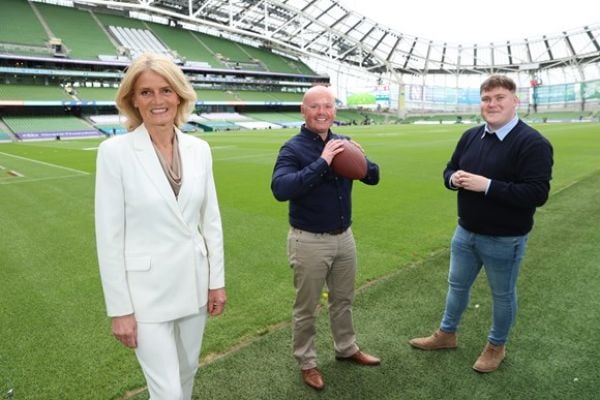 American football analytics company Pro Football Focus has announced 21 new full-time roles in Ireland as it expands into other markets including soccer.

The European launch follows the Aer Lingus Classic between the Northwestern Wildcats and the Nebraska Cornhuskers, both clients of PFF, at the Aviva Stadium in Dublin.

The company provides game and player insights to NFL and NCAA teams.

Its expansion into soccer will include a “club focused product” for American and European teams.

This is expected to create 21 remote full-time and 175 seasonal analyst roles in Ireland over the next three years.

Founded in the UK in 2009, PFF analyses player performance, ranks/grades players and assesses overall team performance. These insights can be accessed by customers through a subscription-based platform. In 2011, PFF began providing customised data monitoring services for three NFL teams.

“The decision to establish an operation in Ireland was primarily driven by the availability of talent and the flourishing sports tech ecosystem here,” the company said in a statement.

Tanaiste and Minister for Enterprise Trade and Employment Leo Varadkar said: “Pro Football Focus is a really welcome addition to the growing sports tech sector in Ireland. These are exciting and interesting roles in software development, data collection and analysis in an international sports analytics company.

“I’m particularly pleased to see the company provide remote working opportunities – it’s important to give employees the option, where possible and the Government is putting in place the infrastructure to support that choice. It also allows PFF to recruit from a rich talent pool, across the entire country. I wish the team at PFF the very best with this expansion.”

Nate Gerstle, manager of soccer operations at PFF, said: “Ireland will play a key role in PFF’s expansion into the beautiful game. Its strategic location, the availability of skilled labour, and rich history of achievements in science and technology are among the many reasons why our management team chose Ireland.

“To say nothing of the fact that the environment is simply welcoming; Ireland is encouraging PFF’s success, and our team wants to return that success in-kind.”

Recruitment for a number of full time and seasonal roles is currently underway, more information on the position is available at https://www.pff.com/jobs.