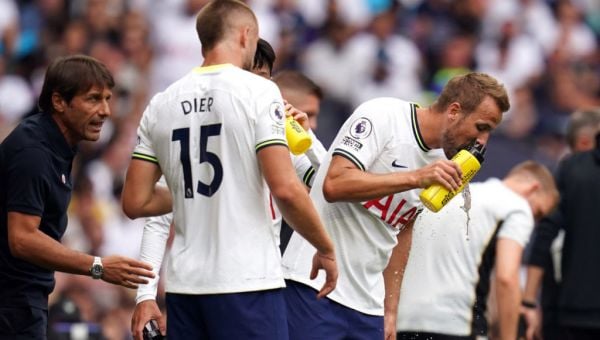 Antonio Conte is convinced in-form Harry Kane is happy at Tottenham and believes the club are on the right path to persuading him to sign a contract extension.

Striker Kane, who has just under two years left on his existing deal, has begun the new Premier League season with a bang, scoring four goals in as many games to help high-flying Spurs take 10 points from a possible 12.

The situation is in stark contrast to 12 months ago when the England captain was unsettled and made a slow start to the 2021-22 campaign after a mooted move to Manchester City failed to materialise.

“You know very well that you create the perfect time (for a contract extension) with a project,” the Italian said.

“If also the player understands that there is a right process, that everybody is going in the same direction, I think every single player wants to see this.

“And I think that Harry for sure is happy because he is seeing this type of situation.

Conte insists he is not privy to specific details about a possible new deal for Kane or involved in any potential negotiations.

With Wednesday evening’s derby at West Ham marking the start of two games a week until the World Cup, the Italian is more focused on keeping 29-year-old Kane content and committed in the short term.

“My opinion is only one of a million opinions,” he said.

“We are talking about a world-class striker and a player who in this moment is the most representative player for Tottenham. For sure I would like him to sign a new contract.

“Then it’s a decision that the player and the club have to take.”