Henry joins Fabregas in investing in Serie B side Como 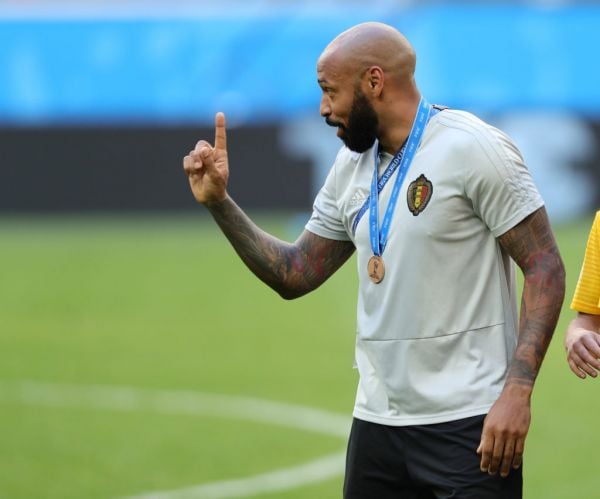 Arsenal great Thierry Henry has followed the steps of his former teammate Cesc Fabregas by becoming a shareholder of second-tier Italian side Como 1907, the club said on Monday.

Como said earlier in August former Barcelona, Arsenal and Chelsea midfielder Fabregas had invested in the club and also signed a two-year contract to play for them.

The club, based in a popular lake destination in the North of Italy not far from Milan, did not disclose Henry’s stake.

“It is with great pleasure that I announce that I will join Como 1907 as a shareholder. I have been waiting for a long time to be involved in a project like the one at Como,” the former France forward said in a statement.

“An ambitious club, but most importantly a club that lives according to the same values as me: not only as a football team but also as an entity which shall help the local community.”

Henry joined Arsenal from Serie A side Juventus in 1999, becoming the club’s all-time top goalscorer with 228 goals in all competitions and winning two Premier League titles and two FA Cups at the London club in eight seasons.

He then moved to Barcelona for three seasons, where he won the LaLiga-Champions League-Copa del Rey treble in 2009. He hung up the boots after four and a half seasons at New York Red Bulls.

Henry, who has previously been in charge of French top-flight side AS Monaco and MLS team Montreal Impact, rejoined Belgium last year as a member of the coaching team under Roberto Martinez.

Ireland under-21 Liam Kerrigan joined Como in the summer.