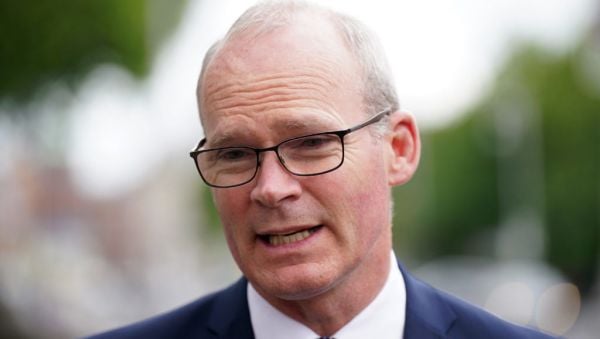 Ireland would need to hold discussions with the UK ahead of making any move to restrict Russian tourists entering the country, the Minister for Foreign Affairs has said.

Simon Coveney said the Common Travel Area (CTA) across the UK and Ireland meant Dublin would have to speak to London prior to tightening rules on Russian visas.

Mr Coveney was commenting ahead of informal meetings of EU foreign and defence ministers in Prague to discuss the war in Ukraine.

Some European countries are pushing for a ban on Russian tourists entering the EU’s Schengen area.

Ireland is not part of the Schengen zone and the CTA allows for free movement of UK and Irish citizens between the two jurisdictions.

“I can understand that a number of countries obviously want to raise this issue tomorrow and this evening in order again to raise the cost of what Russia is doing for Russians,” Mr Coveney said in Prague on Tuesday.

“Ireland is in an unusual space in this area because we’re not part of the Schengen area. We already have quite a strict regime in terms of the facilitation of visas coming from Russia, we don’t have a visa facilitation system like they have across Schengen, so we’re in a slightly different category already.

“And of course we have a Common Travel Area with the UK so on issues like this we’d need to speak to the UK as well, but certainly we can be part of this discussion.”

As well as potential restrictions on Russian visitor visas, the meetings in Prague will also discuss an EU plan to provide military training to Ukrainian forces.

Fianna Fáil MEP Billy Kelleher urged the Government to support a targeted ban on visas for Russians entering the EU.

“Over the past six months, the EU, as a collective, has implemented wide-ranging economic sanctions on Russia,” he said.

“While I wish we had gone further when it comes to banning the import of Russian gas, the EU sanctions have been an important sign of our strong opposition to Russian aggression.

“However, it’s time to move the sanctions package on to include applying bans on Russian tourist and non-humanitarian visas.

“I do not believe that EU Member States should be facilitating the holiday desires of Russian citizens, especially the oligarchs supporting Putin. While of course many Russians are opposed to the war, we need to make it clear to everyone in Russia that the continuation of this war by Putin will result in an impact in their own lives.

“Of course, visas should be provided to those Russian citizens actively fleeing persecution by Putin and his cronies. These brave leaders are well known and should be supported in escaping Russia. In addition, certain exemptions should be made for family-reunion and medical necessity reasons,

“My colleagues from the Baltics and Eastern Europe strongly support a visa ban, and I believe so too should the Irish government.”