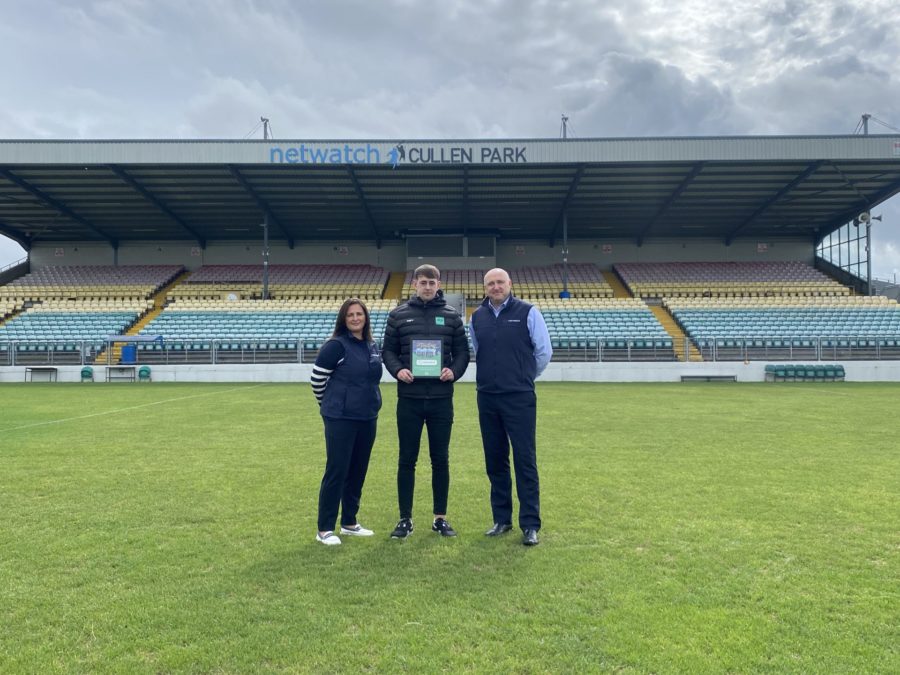 CARLOW’S Netwatch has partnered with a young entrepreneur to bring live scoring of local GAA matches at the touch of a button.

It was in 2021 that Fergus decided to bring his idea to fruition and created Score Beo. Since its creation, the app has been downloaded in over 50 countries and has grown to 80,000 users. This growth led Fergus to be announced as one of PWC’s 30 under 30 Sport for Business entrepreneurs.

“After dodging multiple gambling companies, Netwatch was the perfect fit to sponsor Carlow GAA on the Score Beo app. Being innovative while moving forward is contagious. Netwatch have led the way and I hope Score Beo can now follow in their footsteps,” said Fergus.

Netwatch is delighted to partner with Fergus and his team with this innovative sporting application. Fergus quickly impressed the Netwatch team when he contacted them regarding his new business idea and as sponsors of Netwatch Cullen Park, it is of particular interest.

“Twenty years ago, Netwatch started off with a similar entrepreneurial spirit, so it is great to work with Fergus on his journey. New businesses like Score Beo need support in the early stages to allow them to grow and we are excited to watch this develop,” said Colin Hayes, head of business at Netwatch.

As Score Beo continues to grow, plans are in place to add other sports to the platform in 2023. You can download the Score Beo app on Google Play or on the App Store.